My life is pretty messy.  Being the mom of two small children means that I spend my days armed with paper towels, constantly chasing whatever messes my little tornados happen to be creating at the moment.  Before kids my house wasn’t necessarily immaculate, but I didn’t have to make a mad dash to tidy up when company was on the way over. I used to be a waitress way back when, and even though that was a fairly messy job in itself, nothing I had ever experienced could have prepared me for the trainwreck my house would become when it was full of kids. 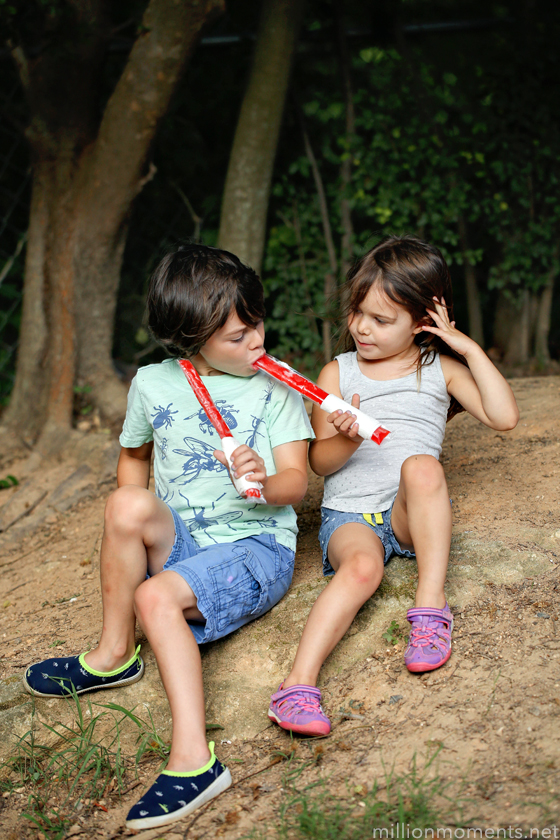 How in the world can these tiny humans cause such monumental messes?  They are small, but very mighty.  They can completely overturn my house in a matter of minutes, and don’t even get me started on their clothes.  Between mealtime messes, outside adventures and the never-ending parade of craft projects we do, they can go through 2-3 outfits each in just one day. These kids just love getting dirty, and it doesn’t take much to ruin an outfit.  Seriously, something could start as one little drop of paint only to somehow turn into a whole body mess. 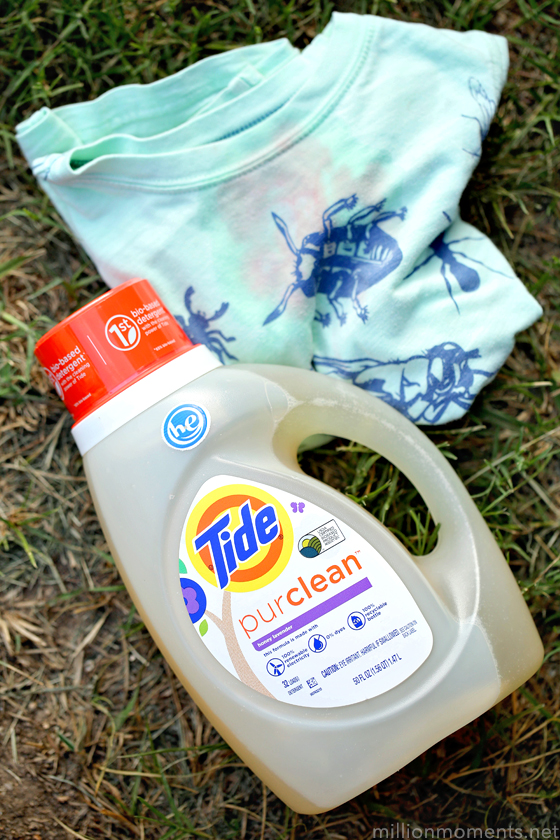 When it comes to my kids, a little goes a long way. I feel like every day I am scrubbing this or that from a spill, and the never-ending laundry is absolutely insane. Judah isn’t quite as bad as Kaia, but when they get together? Whew, I better watch out! Food is the worst for us, followed by crafting, and then there’s popsicles which is in a whole other class of mess. If I didn’t know any better, I would say they deliberately drench themselves in melted popsicle juice just for fun. I’m not even kidding. 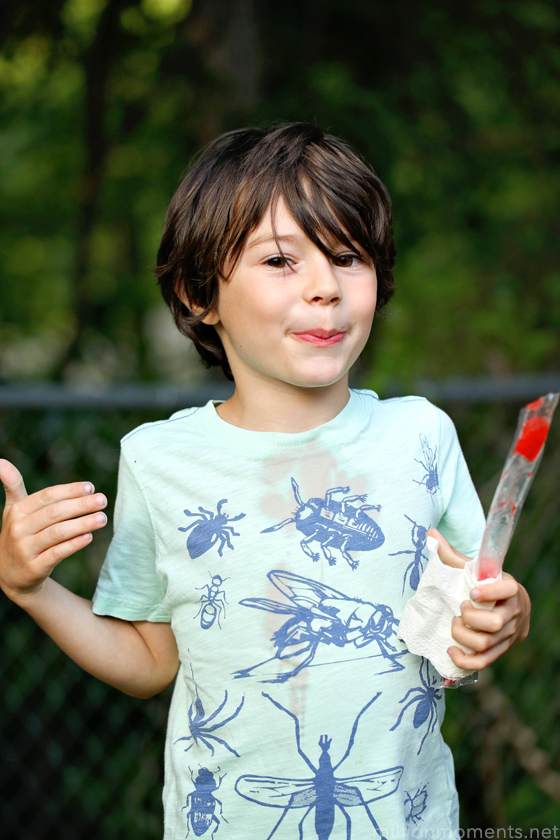 Now that I’ve established how insanely messy my kids are, let’s talk about how to take care of that. I’m not one for a lot of hash chemicals, and I am always interested in ways I can be greener, so I was really happy to discover the new Tide Pureclean™ detergent. It is a greener alternative that is better for the environment thanks to three sustainability factors: It is made with 100% renewable wind power electricity, it is produced at a zero waste to landfill site, and the bottle is 100% recyclable. 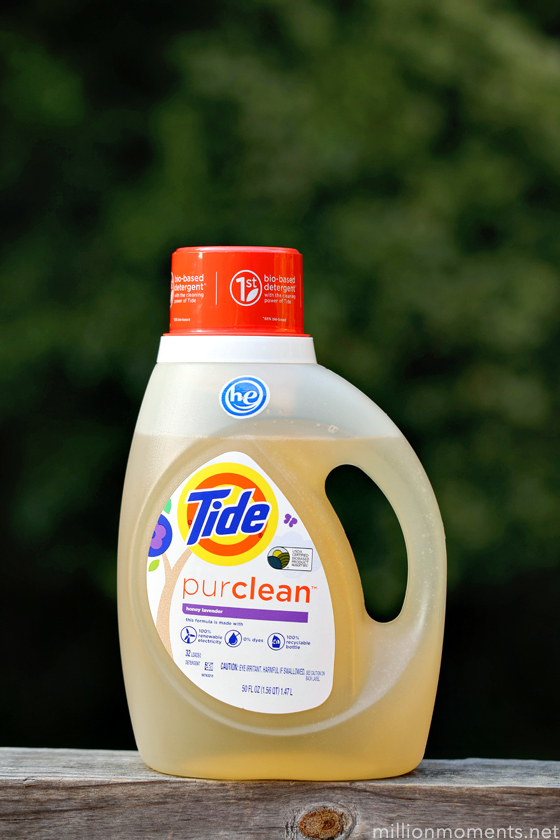 I feel great about that, and seriously, every little bit helps. With the help of Tide Pureclean™, I can bust through stains in a way that has a better impact on the environment than I was previously doing, and I’m super happy about that! 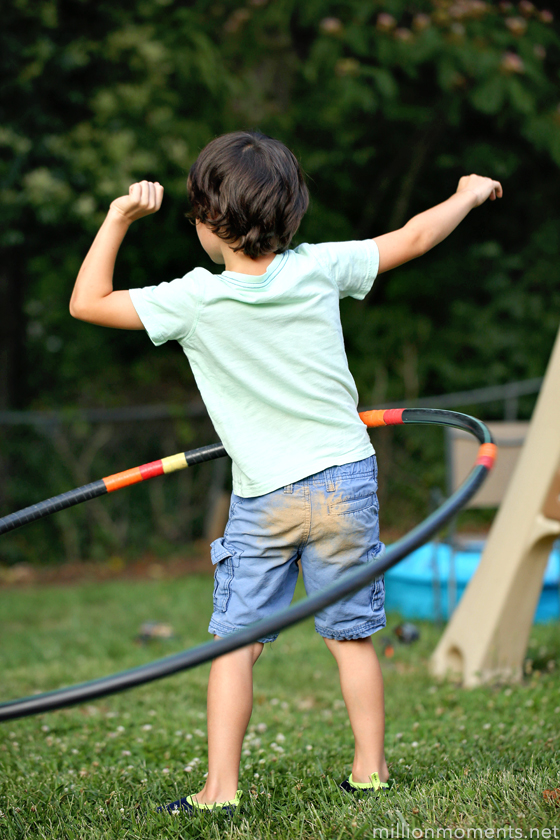 While we are on the topic of laundry, I have started adding it to the list of things that the kids help me with now. I figure that most of our washing is their clothes, so it’s about time they take part in it! They aren’t yet old enough to handle it on their own, but they can gather, sort, and distribute with minimal prompting. I have set up a system where each of them has their own duty – Kaia sorts and Judah folds. This is only for their clothes, but they actually don’t mind it at all. I think they feel a sense of accomplishment at helping out which is great at this age. 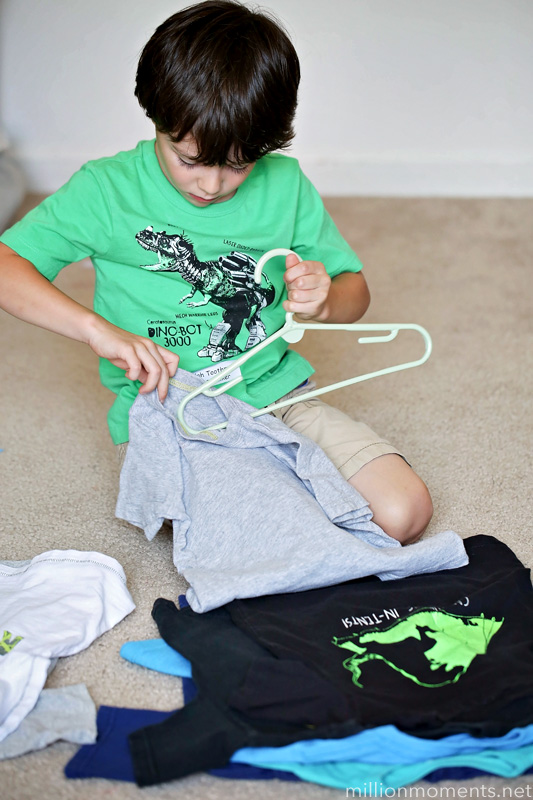 Having a system in place cuts down on a lot of time, and getting the kids involved sets them up for success in the future when they will really need to tidy up after themselves. It is just fun for now, but later they will have a solid foundation to go on.

This is post #1 in a 2-part series, and check back next week for some “green” craft ideas that are perfect for beating summer boredom!