I participated in an Ambassador Program on behalf of Influence Central for Panasonic. I received product samples as well as a promotional item to thank me for my participation. #4kphoto #4kfun

Photographing kids can be pretty difficult at times. They run, jump, squirm, wiggle, and do everything but what you ask them to. Even though they can be crazy, kids are one of my favorite subjects to work with because of that unpredictability. Because when they do silly things the results can be magical. But it takes a lot of work! As a mom I loved snapping away from the time my kids were born, but when Judah was a baby I wasn’t exactly the photographer I am today so there was a lot of trial and error involved. Eventually I set out to make some magic with my images, and after a while I started noticing certain things I could do to provoke emotion and certain angles that let me really capture the essence of what busy kids are all about. Earlier this week I took mine on some adventures to test out what my new Panasonic Lumix G7 camera could do, and I was super impressed with it so I’m going to share a few tips to help you better photograph your own kids. 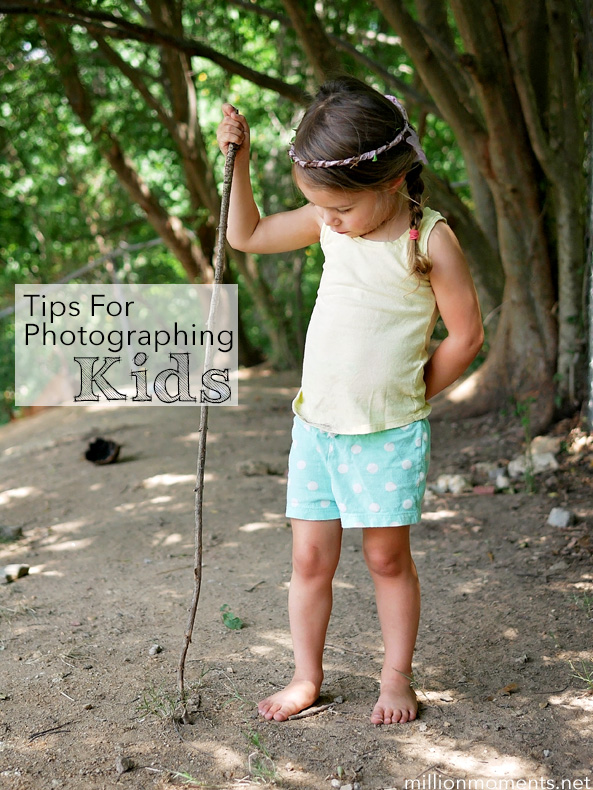 Become part of the background.

So, one of the biggest mistakes I made in the early years is to try to be front and center, directing the shoot while I tried to capture it. Want to know what I got? A bunch of frustrated half smiles from kids that would rather play than pose. So, if you want to really get some great shots, skip the “cheese”, fade into the background and snap away without a word. Sometimes you will have to follow them, and sometimes you can just sit there. 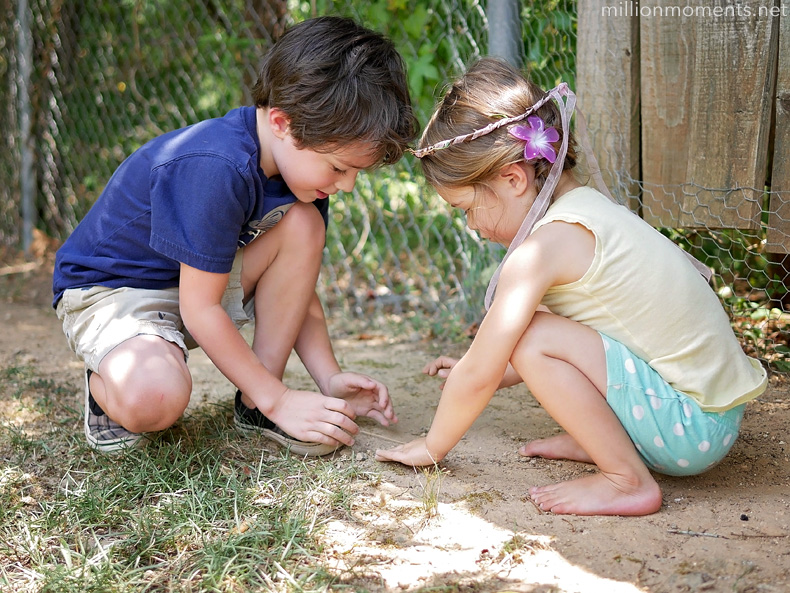 Use a fast camera.

With kids, you never know what is going to happen and unless your camera can capture motion in an instant, you are going to miss out on potentially awesome opportunities. I used to use my big camera for this, but since I got my Panasonic Lumix G7 it has become my favorite kid capturing camera for one reason: it takes 4k photo! With 4k photo I can capture 30 frames PER SECOND which means those amazing moments aren’t missed. It’s also awesome because it is compact, so you won’t be distracting with a huge camera. This image was captured just before he jumped off, and had I used my cellphone or even a dslr with a low shutter speed I would not have been able to freeze the perfect moment. All I had to do was set it to 4k photo mode, use the touch screen to select my focal area, and press record! I could even select my own focus as it was recording the frames. 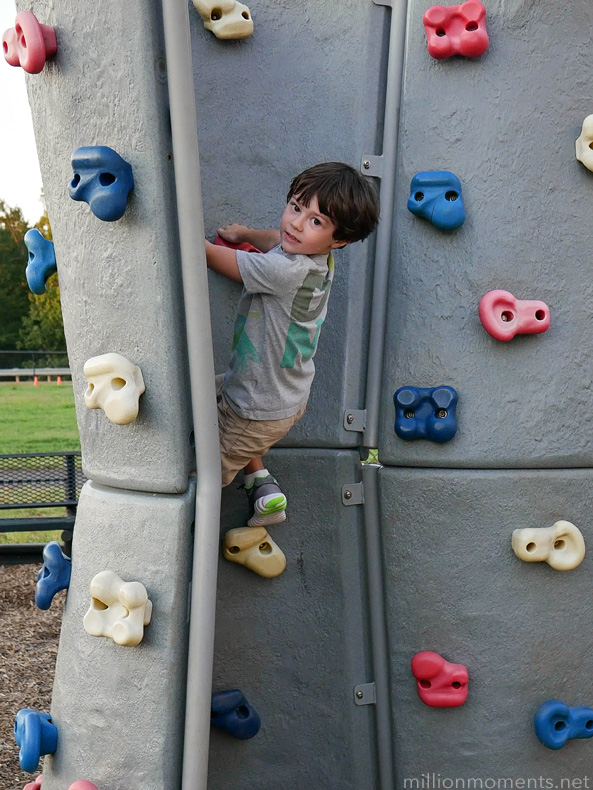 Let them direct the shoot.

Kids just naturally act authentically. They don’t put up a front for the camera, and the best advice I could give you is to let them dictate what happens in the shoot. Let them explore their surroundings, let them take breaks (and snap away while they do) and most of all let them have fun. If you try to force them into this pose or that scene, they won’t be happy about it and it will show in your photo. So just let it happen, and chances are you will find something awesome to capture, like this adorable one of Kaia using the curb as a balance beam. It’s perfect, isn’t it? 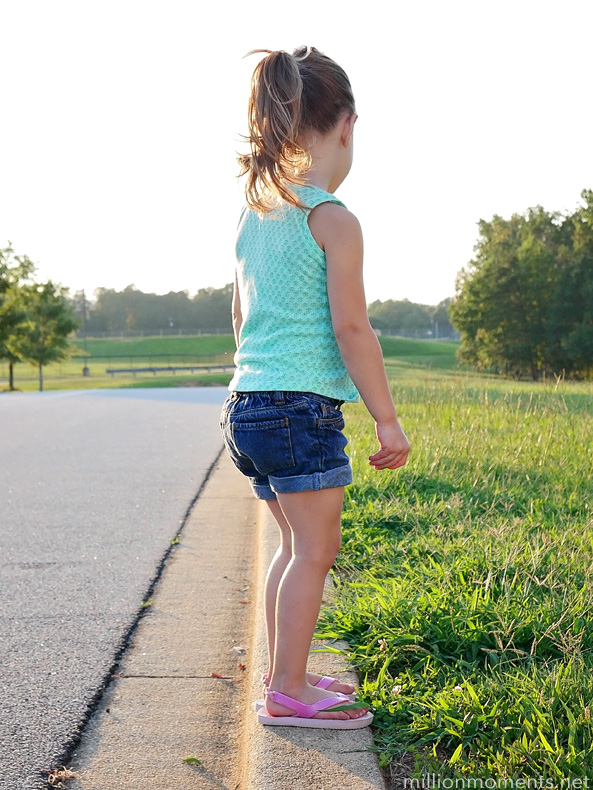 Want to ensure you have happy kids and adorable photos? Take them somewhere they haven’t been before. Their faces will slow excitement, and you will be capturing genuine fun in action. You don’t have to go far, even a trip to a new park or playground will do the trick. For this shot we took Kaia on a walk around the neighborhood and she loved it! Just make sure you have your camera at the ready for those moments! Now go ahead, get out there and have some fun – and make sure you have your super portable Panasonic Lumix G7 camera with you! 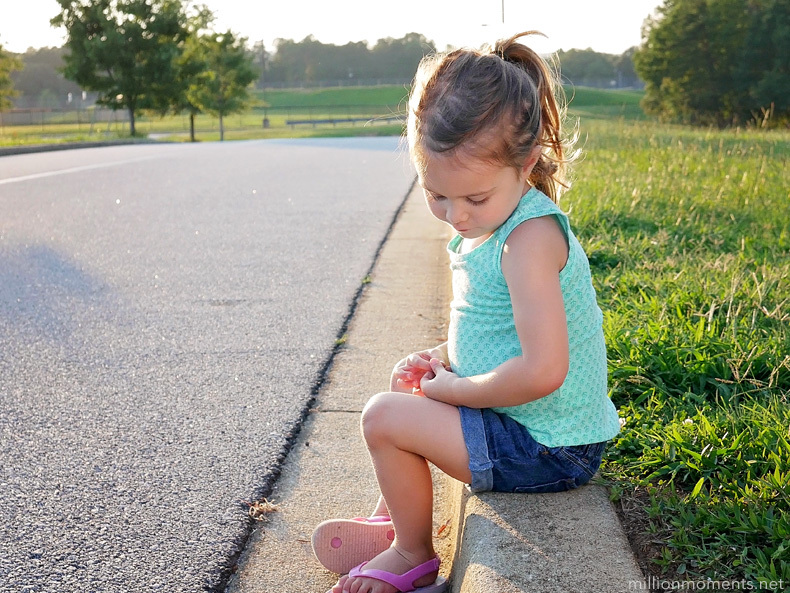