I received the Spin & Go Xtreme Cruiser as a Step2 Ambassador. All opinions are mine alone.

It isn’t often that a new toy comes along that is so monumental it really blows me away.  Sure, I get smitten when I find something new and fun for the kids.  I’ve even been known to be a little giddy when they finally arrive.  But oh.my.gosh. have I got something fantabulous to share with you!  It’s just. Whoa.  Have you ever wondered what the ultimate big kid toy would look like if it was built like a remote control tank, but giant and strong enough to fit a child inside?  Well wonder no longer, because the coolest ride on toy around is here! 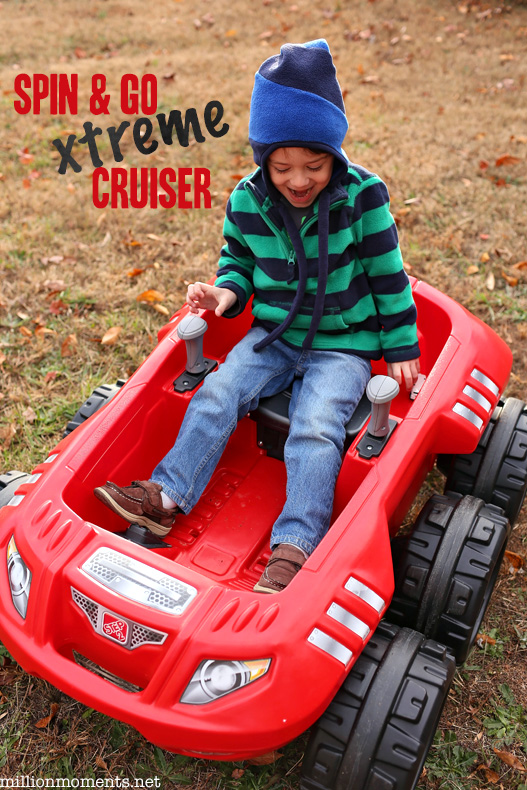 As you know I’m a Step2 Ambassador, and with that my kids have gotten some pretty out of this world toys throughout the year.  But believe me when I say NOTHING has been quite so exciting as the Spin & Go Xtreme Cruiser.  I have been waiting on this baby ALL year long, and now that it has finally hit the production floor I can share it with you!  I know what you’re thinking, what exactly IS this cruiser?  Well, before we get into the details watch this to see it in action.

Mind = blown, right? This is the very first motorized ride on that Step2 has ever made and they absolutely knocked it out of the park!  Luckily Judah was at school when it was delivered, but he was more excited than I’ve ever seen him as soon as hewalked in to see the box.  Oh yeah, the box! When he isn’t cruising around the yard he is playing in the box with Kaia.  They even had me cut out some windows from the sides of it so they could play peek-a-boo! 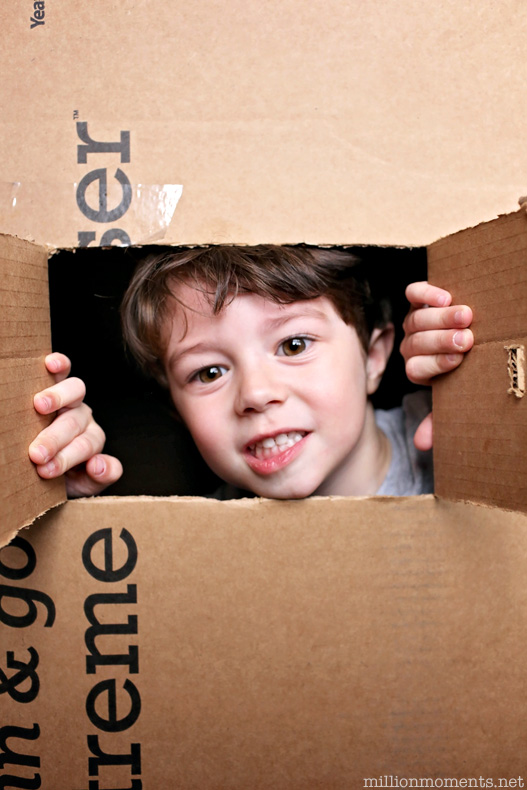 So now lets get into just what makes the Spin & Go Xtreme Cruiser so special.  The way it works is your child sits in the seat, grabs the joysticks and pushes the foot pedal to make the cruiser move.  I love the two part activation because it adds an extra safety measure in that if someone were to accidentally move a joystick it won’t go shooting off when it shouldn’t. 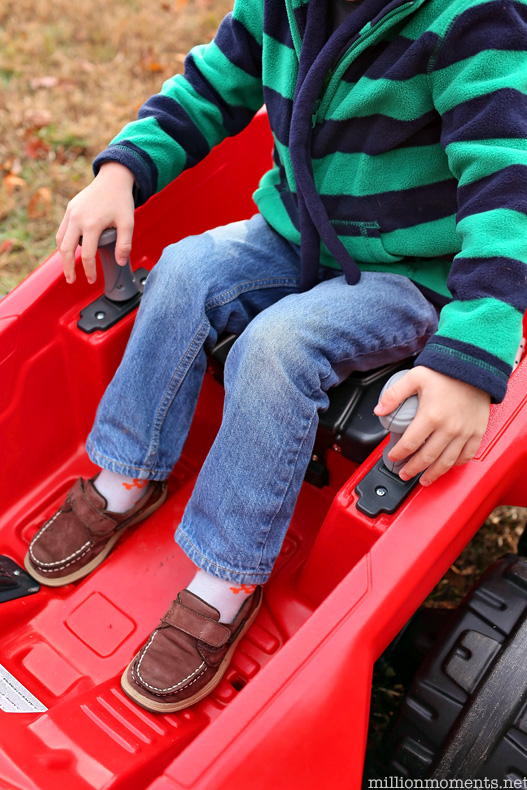 The sitting area is perfect for big kids – Judah is 4.5 years old and pretty average size and it is roomy enough for him to grow.  Under the seat is a 12-volt battery that powers the whole thing, and you can easily charge it by flipping up a tab below the seat and plugging it into a standard wall outlet.  Super simple, eh?  Beside the charging port is a speed switch that you can flip for the cruiser to go from 2.5mph to 5mph for those that like a little more thrill (we stick with the lower speed for now). 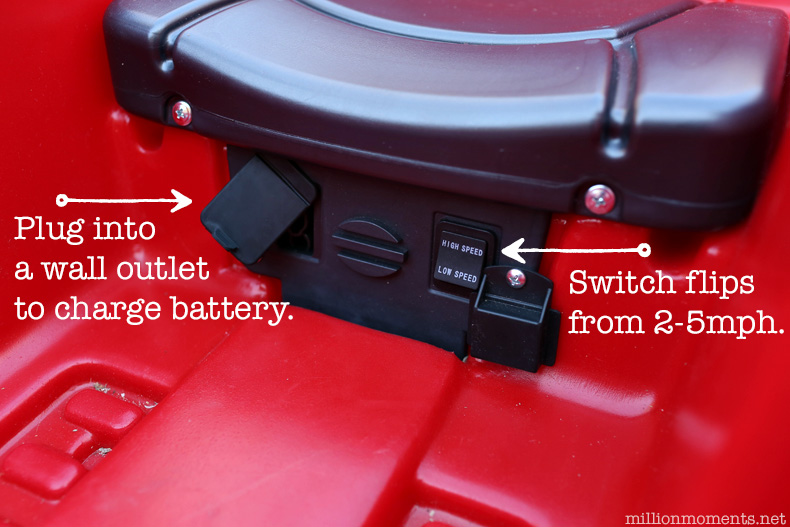 I love how rugged the cruiser is.  It is made from heavy duty plastic and the tires have big treads that make it great for grass, dirt and most flat surfaces.  It does best on grass and dirt for us, but I would be careful using it on pavement because it could scratch the tires a bit.  And of course the stickers make it adorable and help give it that real life feel – the first time Judah drove it he said “Wow mama, I’ve got a car now!”  How cute is that? 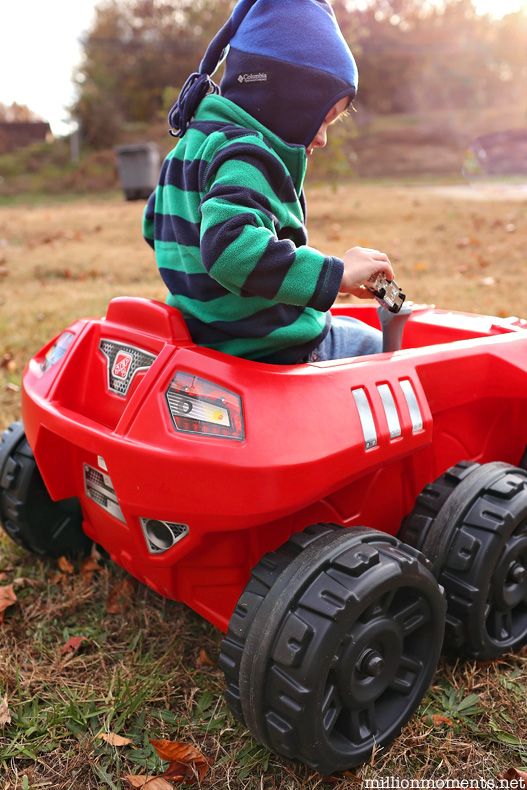 This cruiser is made for big kids (ages 4-8) so I would keep it away from the littles, and be sure to always supervise when your child is in it.  I know that tech toys normally reign supreme this time of year, but if you are looking for a rugged, all in one ultimate awesome toy then you are definitely going to want this under (er..beside) the tree! 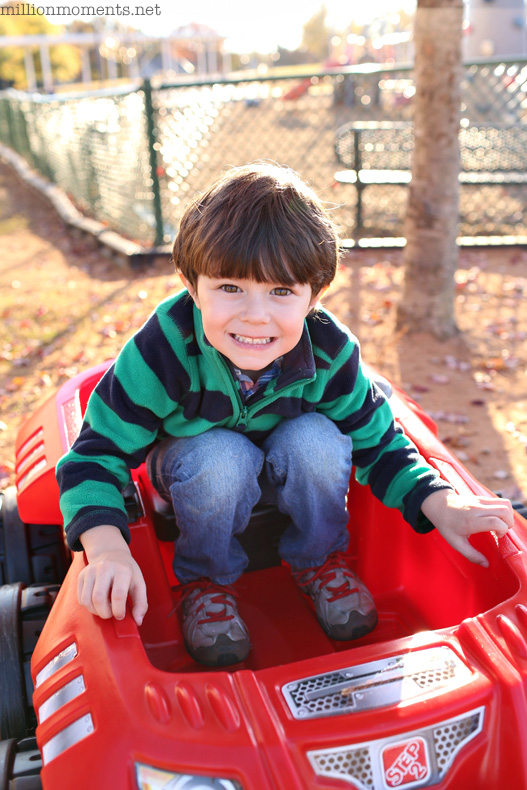 So where can you find the Spin & Go Cruiser?  Like I said earlier, this product is BRAND NEW and available exclusively at Walmart.com for $249.  Check it out and grab yours today!