My husband is a great guy.  He works hard, he takes care of the family and he is quick to make sacrifices so that the rest of us can have nice things.  He isn’t much for keeping up with the latest gadgets (I’m the geek in the family) and his cellphone is so ancient it gives me visions of tin cans and string.  He pays a ton each month for basic talk and text, and with all the issues his phone gives him I feel like we are throwing away money on it.  I have been thinking a lot lately about what to get him for Christmas this year, and after hearing about the Walmart Family Mobile plan I decided to take the plunge and get him a shiny new upgrade! 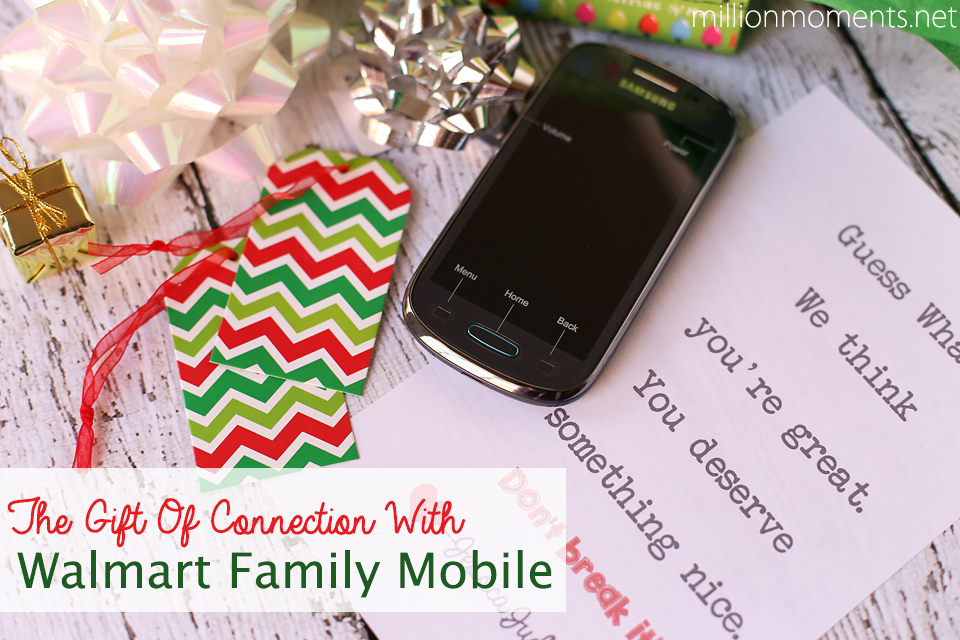 Here is his current phone.  I made a little illustration to show you just how bad it is, so look it over and let it sink in.   I honestly don’t even know how it still works. 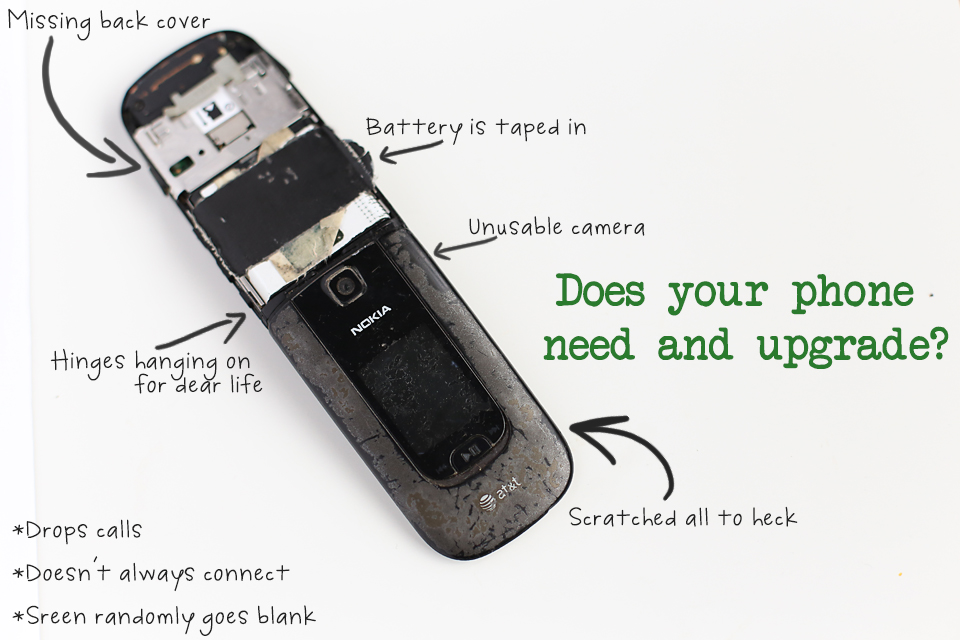 Right now he pays $65 per month for his current contract.  That is WAY too much for just talk and text on a phone that doesn’t work half the time, and getting him to look at his options is like pulling teeth.  I finally got so fed up with not being able to connect with him that I have been doing research on my own and have finally decided on the Walmart Family Mobile plan.  It costs $29 per month for the same thing that he gets now, so that will cut his bill in half – talk about a cheap wireless plan!  Even though Walmart doesn’t make you purchase an exclusive phone with their plans I picked out a great Samsung Galaxy Exhibit 4G that I think he will love!

I picked up the phone and starter kit (SIM card) for just under $140, and since the plan isn’t a contract there is no deposit or up front service charge.  We can even activate his new cheap wireless plan from home through their online account management system.  I am super excited because not only will he have a lower bill and better phone, but he will be so happy about the money he saves he might even treat me to something nice as a big thanks! (See, it really IS the gift that keeps on giving!) 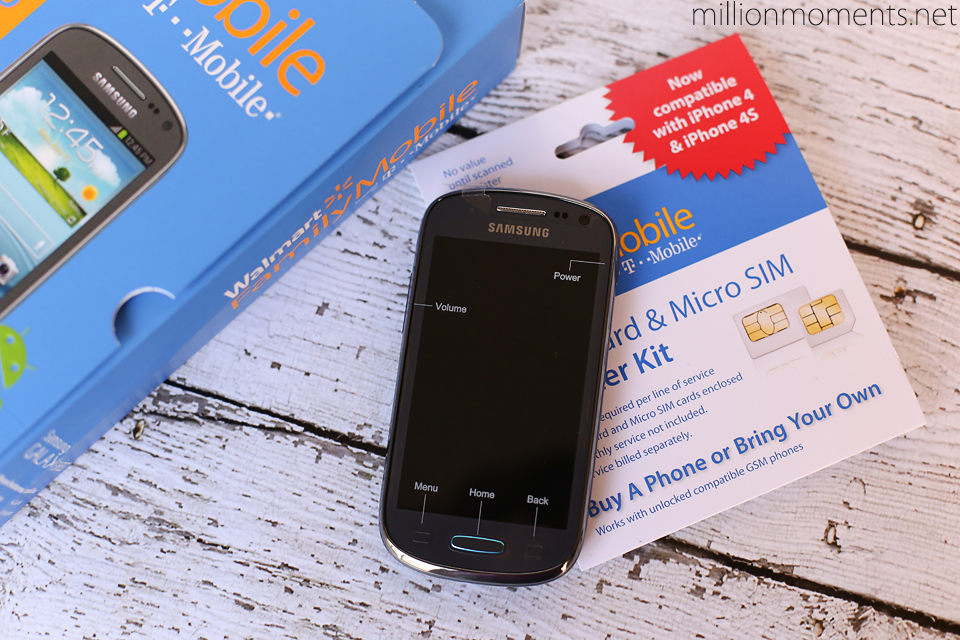 Since this will be a Christmas present and I love getting creative with gift wrap I thought up something that will not only keep him guessing while he opens it but will add a sincere touch to it as well.

The first thing I did was make a cute text graphic in Photoshop that said (shortly and sweetly) how much he means to us.  Then I cut it up into strips. 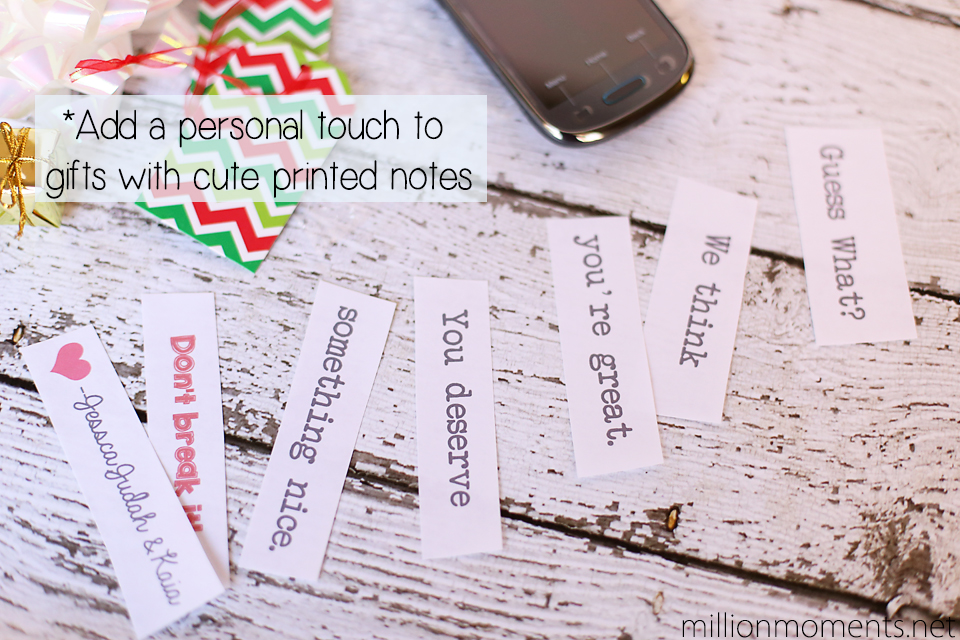 I wrapped the phone in bubble wrap with the last strip on top.  *If you are doing this, make sure you have your strips in the right order – I didn’t the first time and had to start over! 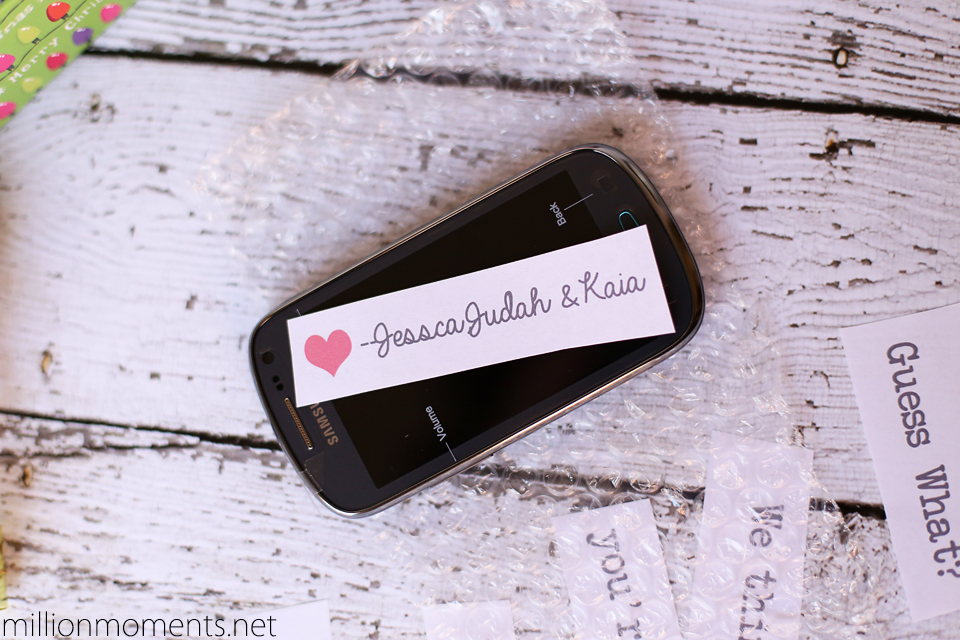 Next I cut 8 strips of tissue paper, stacked them up together, placed them in a gift box with equal parts hanging off and put in the phone an starter kit. 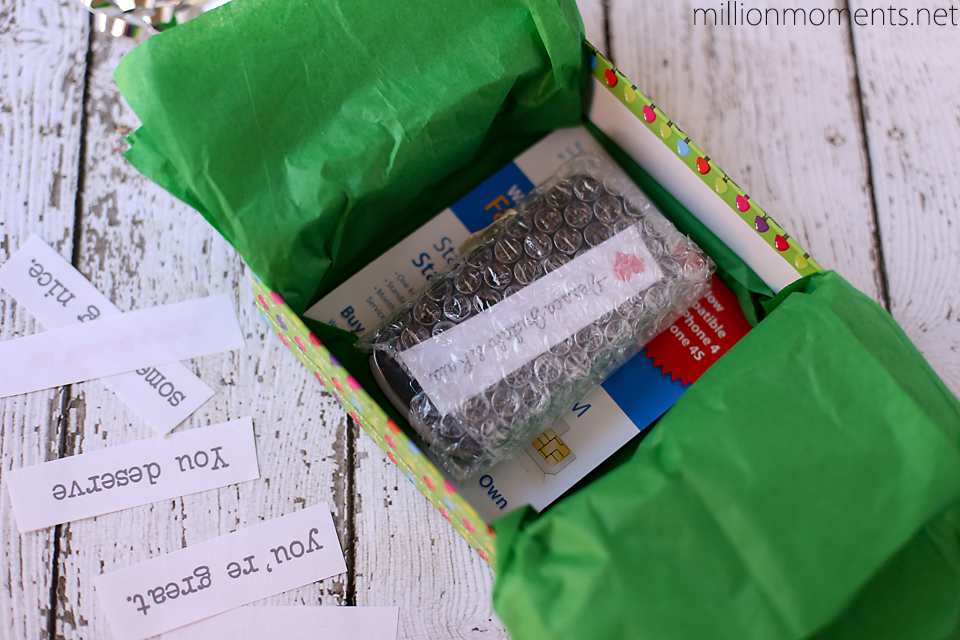 After that I folded over each piece of tissue paper, taped on a strip and then folded the next on top of that.  This way when he takes the top off the box he will have to open up each layer and read each paper strip to get to his gift.  Adorable, right?! 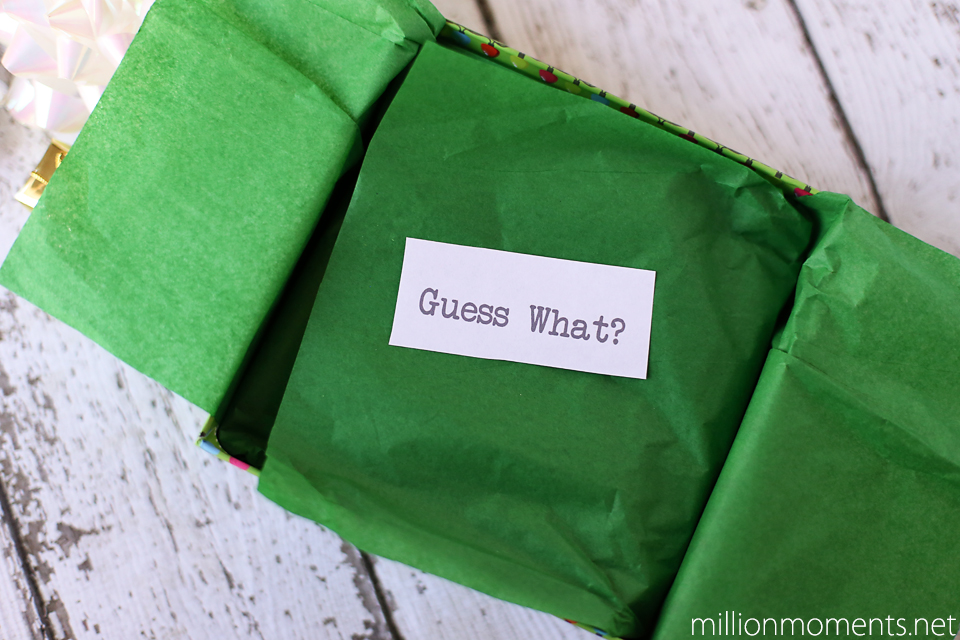 I really do appreciate everything he does for the family, and it feels awesome to be able to give him such a great gift as a thanks.  I don’t know how I am going to be able to keep this baby a secret for the next 30 days, but it will all be worth it to see his reaction on Christmas morning when he gets it!  Oh yeah, and be prepared for an after Christmas post all about how it went!

Is the Walmart Family Mobile plan right for you?  What could you do with the extra savings if you switched?  I would love to know!