Ahh to have a two year old.  They infuriate and amaze simultaneously.  I can be super mad at Judah one minute, then he does something cute and I can’t help but smile.  I love this stage in his life, he is just now figuring out how to handle the world and trying to be his own person.  He’s got crazy willpower and when he sets his mind on something there’s no deterring him from it.  He is curious about the world around him, he loves to get into things and considers nap time his playtime without mommy spoiling all his fun with rules.

Toddler sleep is a strange and often entertaining occurrence.  At least for my toddler.  Whenever I tuck him in and leave the room he never fails to get up and start playing.  Sometimes he turns on his cartoons, sometimes he looks at books but mostly he plays with his toys and falls asleep in some pretty crazy ways.  I’ve begun documenting this craziness before I put him back in bed so I can remember how awesome these days were.

So, want to see some awesome toddler napping pics?  Of course you do!

Here’s a sweet one.  He loves this bear, but I’ve had to take it away for naps because all he wants to do is sleep in this corner with it.  I catch him sleeping in this corner all the time. 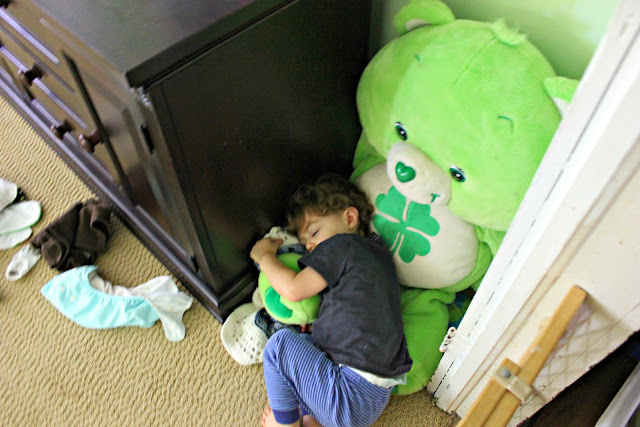 This looks comfy (not).  He loves hanging out in his toy box. 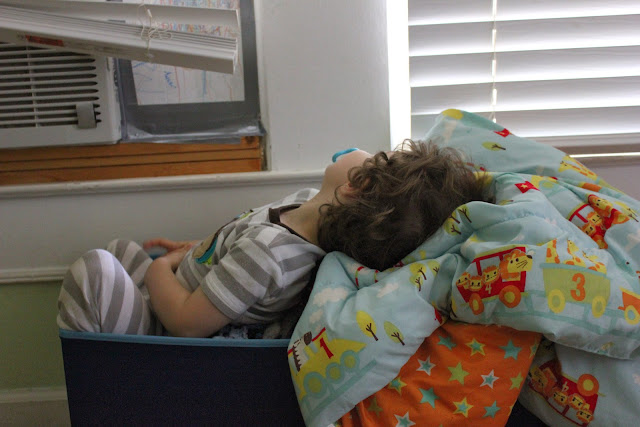 At least he made it on the bed.  Can you tell these are his favorite jammies? 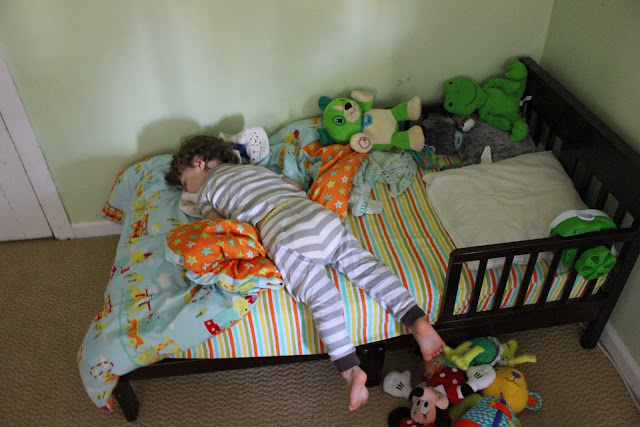 This one was hilarious.  I came in to find every toy out of his toy box and him in the middle.  The funny part is that he actually fell asleep with his feet in the bucket.  And for who knows what reason he got two pairs of shoes out of his closet and set them out all paired up. 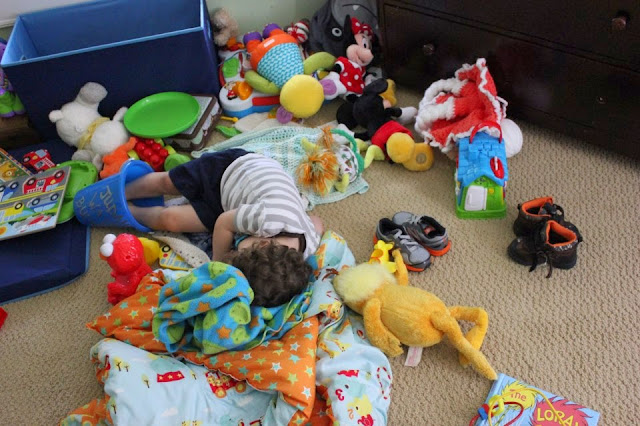 Last but not least.  I don’t even know.  Maybe he’s half monkey? 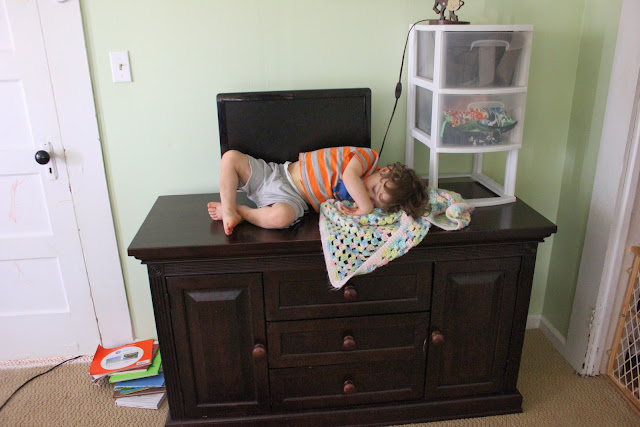 Do you have any awesome toddler sleep stories to share?  I’d love to hear them!
« Have A Happy Lunch With Del Monte!
Wordless Wednesday »