These adorable woodland hair accessories are perfect for play time or dressing up, and they are super easy to make. Thanks to Ben & Holly’s Little Kingdom for sponsoring this post. 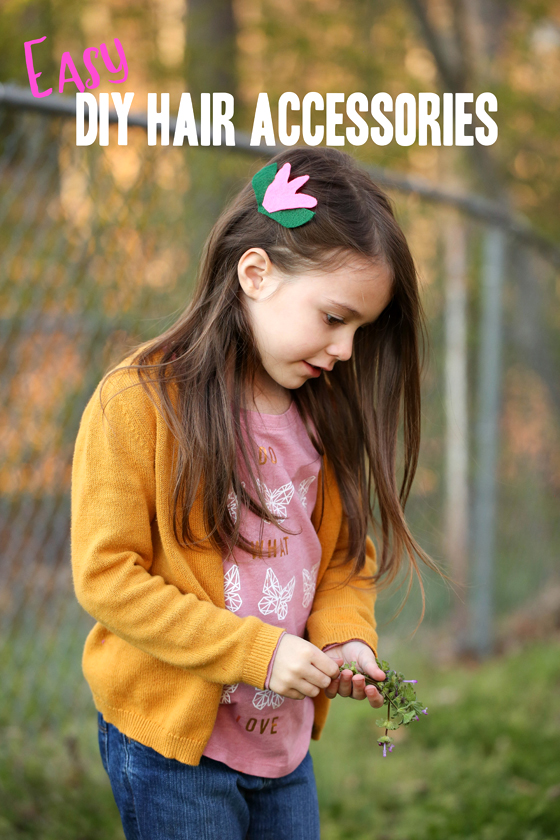 Kaia is very into dressing up and doing her hair these days. At 5 years old, she thinks the world revolves around how cute she looks, and that means picking out new hair accessories every day and trying to style herself just right. It’s adorable, but I have never been one to do much with my own hair, so all these braids and looks are new territory for me. I kinda dread when she asks me to do her hair, because honestly? I am just not that good at it. On my best days I can do a lopsided French braid, but mostly I just clip in a simple barrette and send her on her way. Since I can’t exactly give here the styles we see on YouTube, I decided to try something that I can do, which is craft up some adorable hair accessories while having some quality time together! 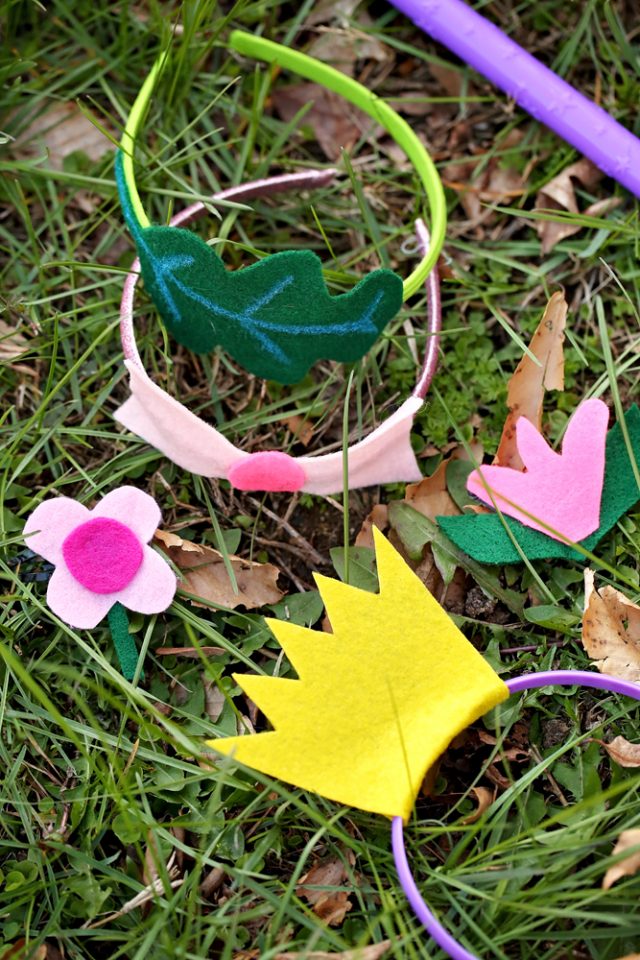 I came up with the idea for these after seeing the fun hats and accessories that they wear on Ben & Holly’s Little Kingdom, which is a super cute show on Nick Jr. that follows two tiny fairy friends as they go on adventures in nature. This show is aimed at the younger crowd, and frequently touches on things such as teamwork, friendship, and adventure. Kaia’s favorite character is Holly, an 8-year old fairy princess who is learning to control the magic she has. She wears a little gold crown, so the first accessory we did was a super cute headband that looks just like it! For this craft you will need:

To make it, all you need to do is cut out the crown shape, place it under the headband, and fold up/glue the tab tightly. 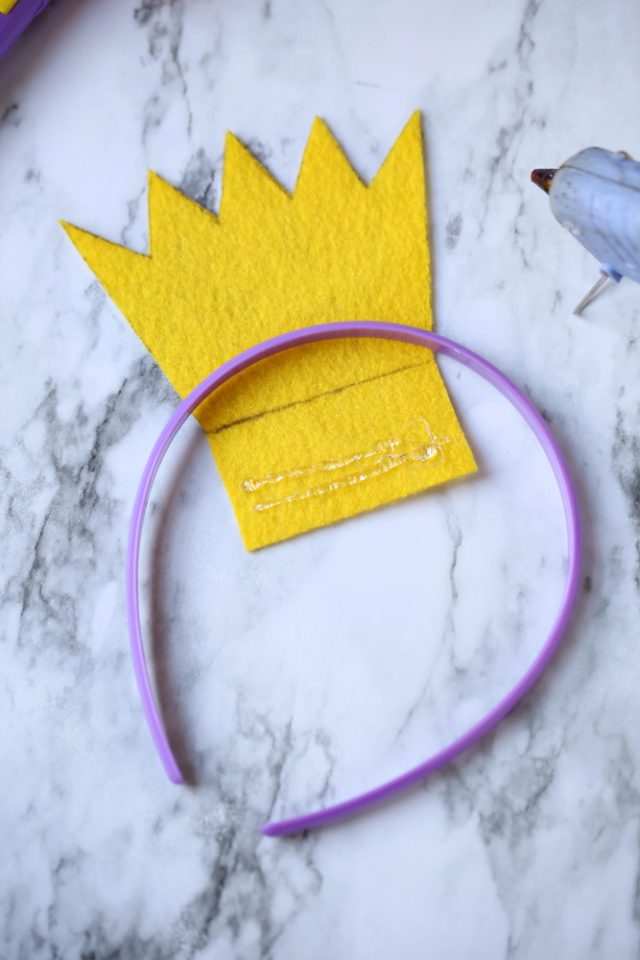 Ta-da! How easy was that? I also bought her the wand that Holly has at my local Target to complete the look. They have tons of toys from the show! 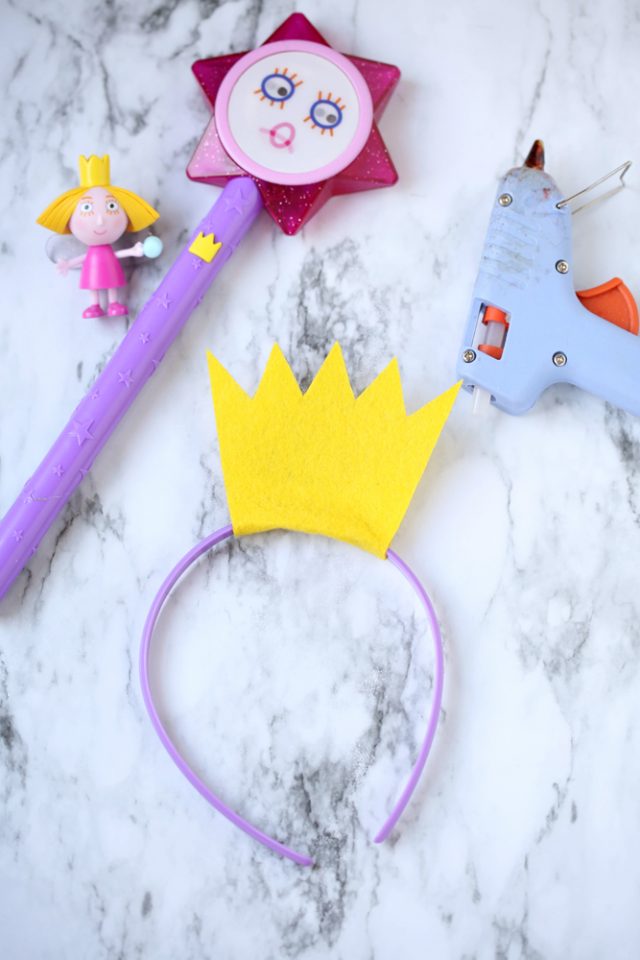 The second headband is inspired by Ben, Holly’s best friend. He wears a little hat with a green leaf sticking out, and I thought it would be super cute to make a headband with that same leaf on the side. For this you will need a green headband, and this leaf printable. You will need to draw out the veins with a blue paint pen after you cut it out. To make the headband, cut out your leaf, then glue it along the headband starting at the center/top and going down. 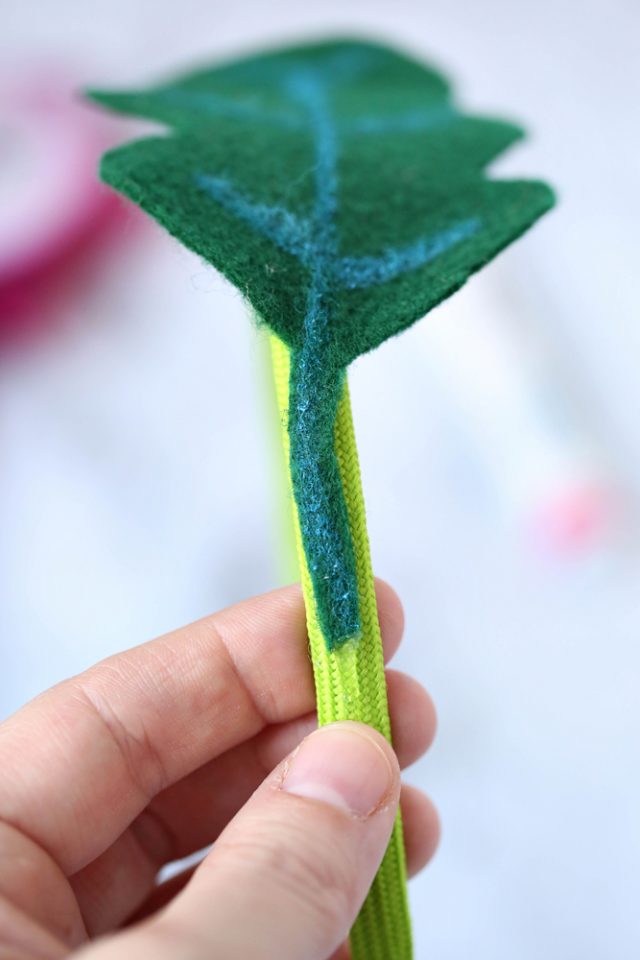 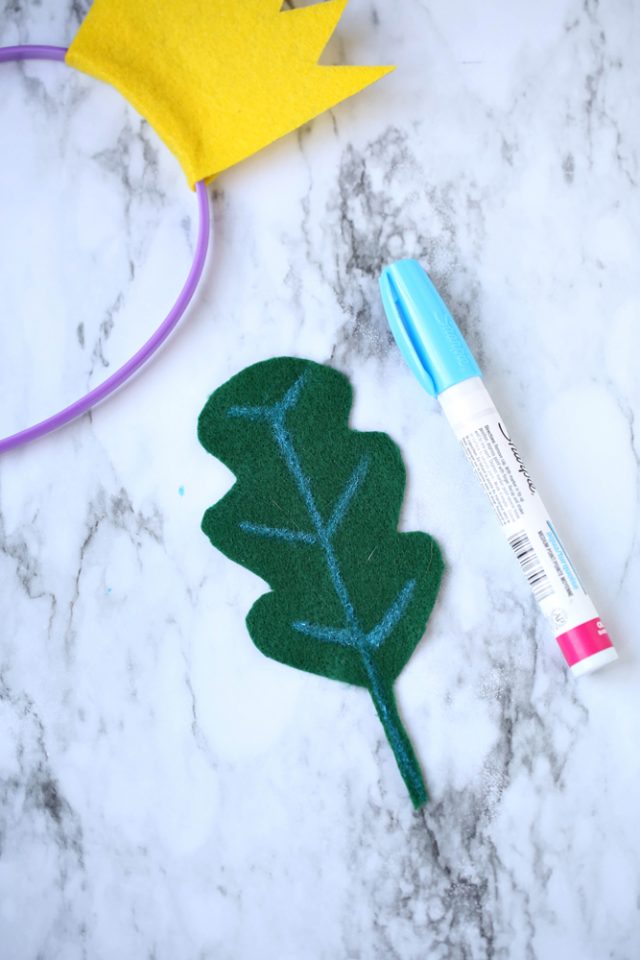 I think this is my favorite one of the bunch, doesn’t it look adorable? 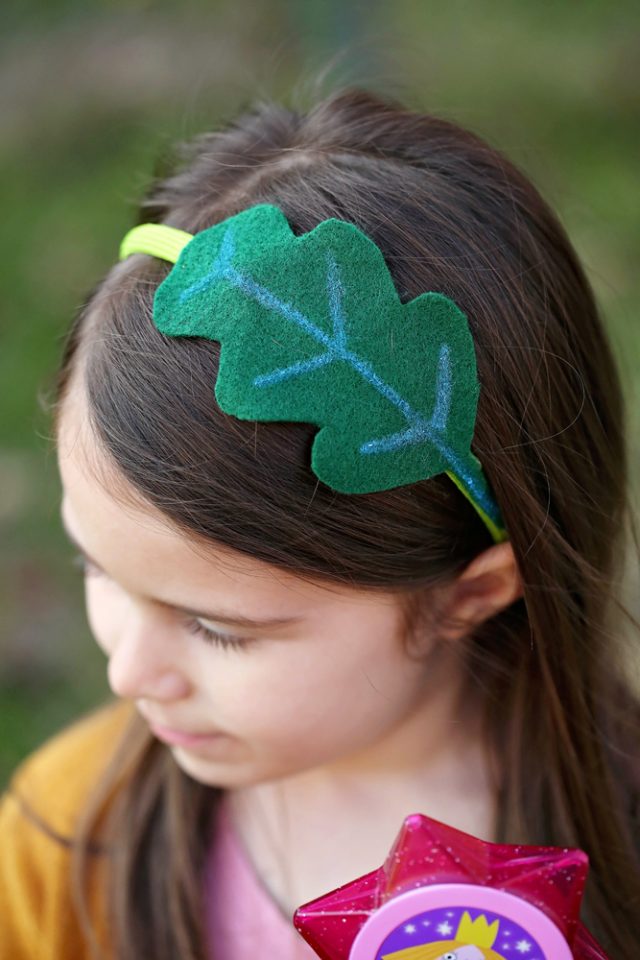 For the third headband, you will use this printable, and do the same steps as the first two. This one is inspired by Fleur’s adorable pink bow! 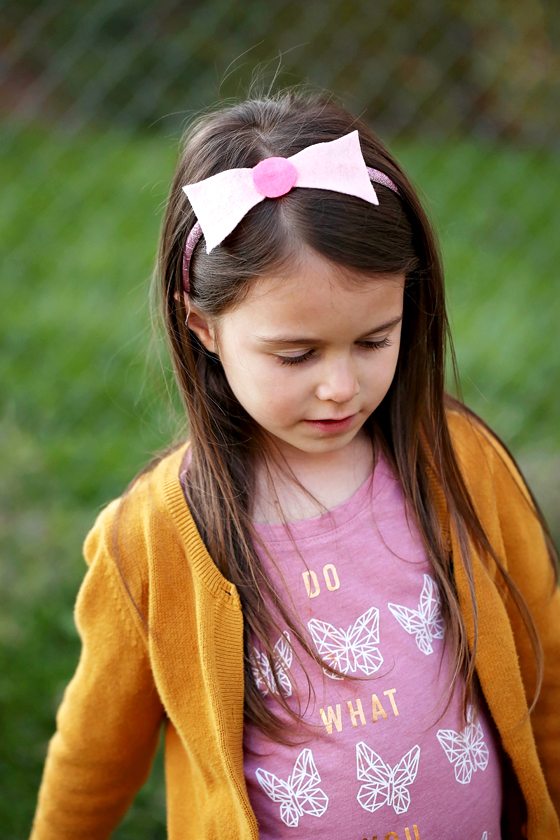 We decided that three new headbands are enough for now, but we also made two cute barrettes. The first one is inspired by Mrs. Elf, and the second is Lizzy Elf’s little pink flower. For these two, you will need a clip barrette and these two printables. To make these, cut out the shapes in felt, glue them together, and glue them onto the large side of each barrette. 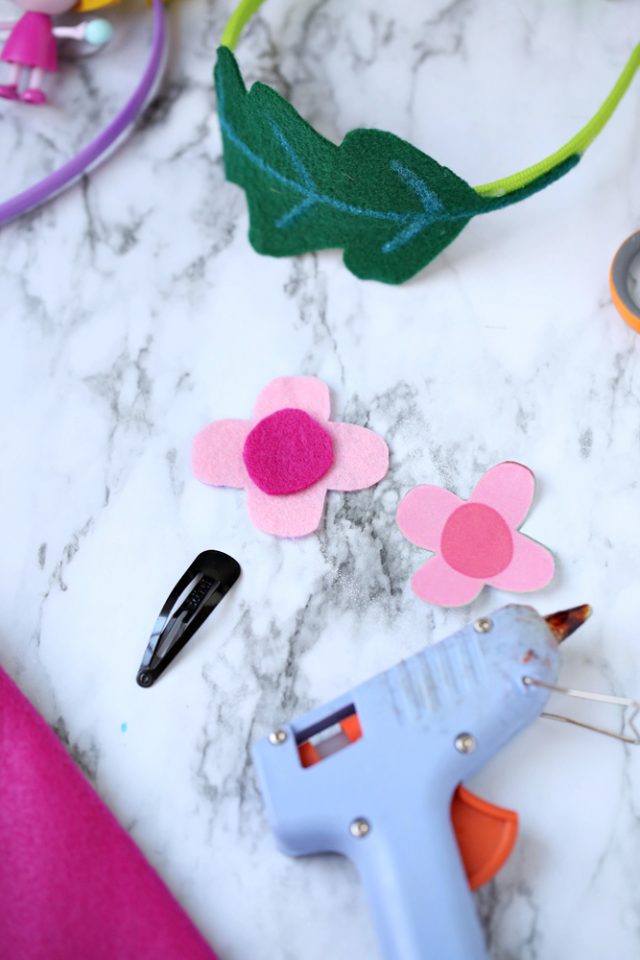 And the end result is super cute! 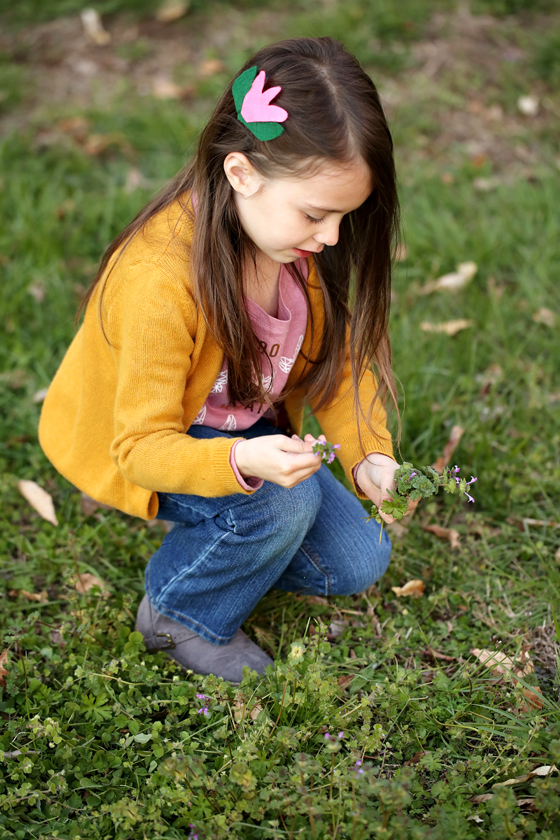 I’m sure we will be doing more hair crafts as she gets older, but for now, we’ll stick with these! 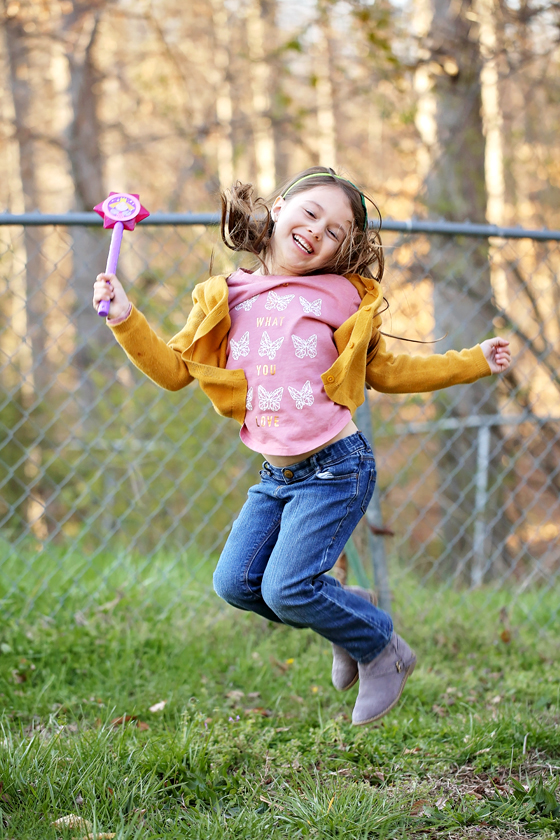