This shop has been compensated by Collective Bias, Inc. and its advertiser. All opinions are mine alone. #AvengersUnite #CollectiveBias

It’s almost time for Halloween, and we are getting super excited around here! Every time October rolls around I start feeling giddy and spend the month doing festive Halloween-y things. Luckily my family is just as into it as I am, and we love dressing up, creating, and partying all in the name of the most fun holiday of the year. You know how much we love MARVEL and The Avengers around here, and with the release of Marve’ls The Avengers: The Age Of Ultron on October 2nd I just had to grab some supplies and set up a Halloween themed watch party! 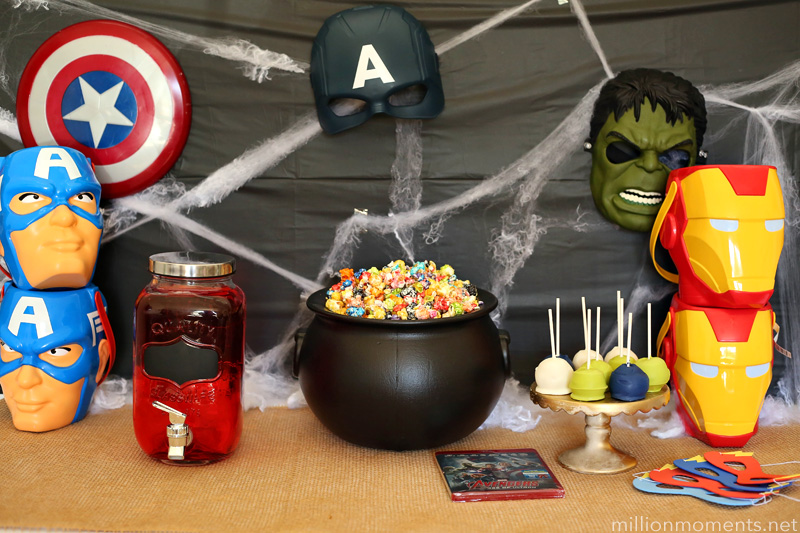 I know, it feels like I’m always throwing parties. But come on, how could I not do a Halloween themed Avengers party? It was a no brainer, so I headed out to Walmart and scooped up a cart full of supplies, costumes, and of course the movie itself. 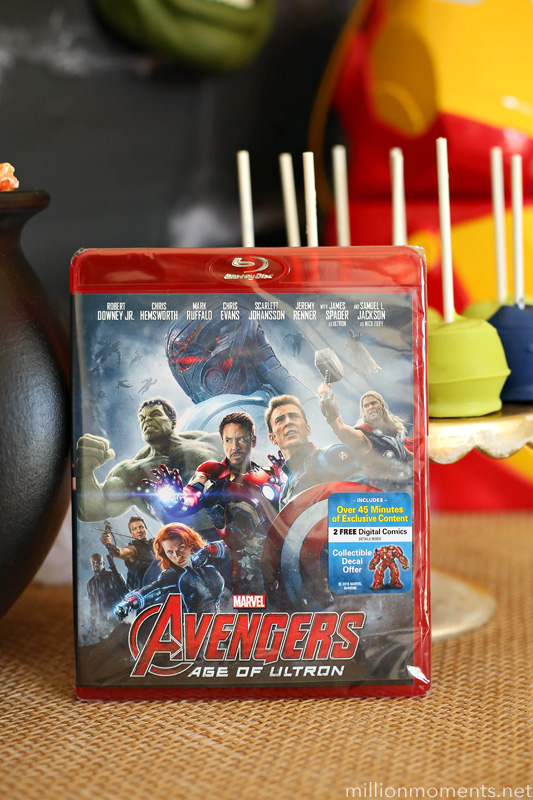 You know I normally do my parties outdoors, but I brought this one indoors so that I could setup in my living room near the tv. I didn’t want it to be too involved, but I wanted to make sure it was festive so I bought a mixture of character and Halloween themed items and I think my spread turned out awesome! I started my setup by creating my backdrop, and for that I used a black plastic tablecloth, some spider webbing from the Halloween section, and some MARVEL costume accessories that I already had. 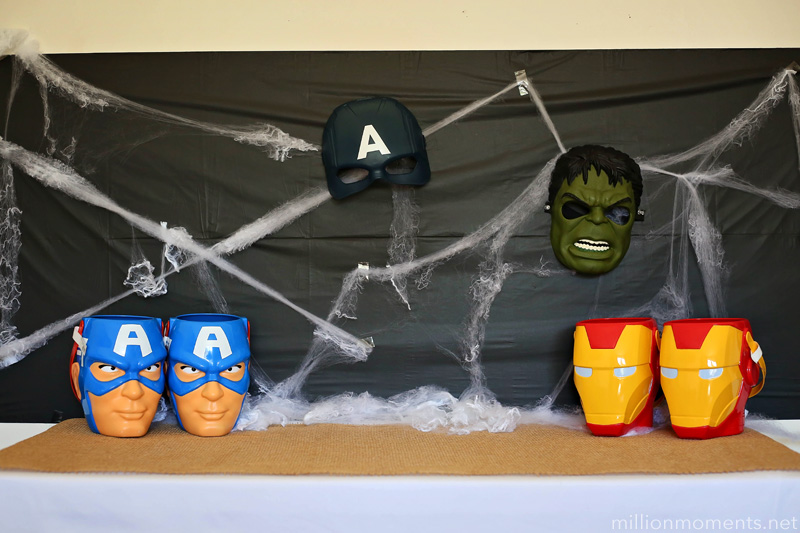 I also picked up some adorable Avengers buckets in the costume area that I used as decorations that will double as trick-or-treat buckets for the kids on Halloween. 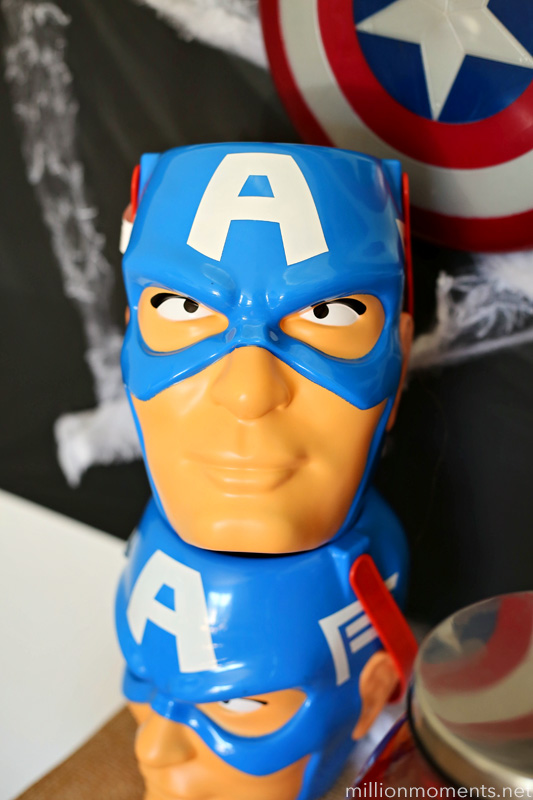 For snacks I went simple and whipped up some rainbow popcorn and easy cake balls in colors of my Avengers. I had originally wanted to have some red cake balls along with the white, green, and blue, but I completely messed it up and ended up burning the whole pack, so yeah. No red. 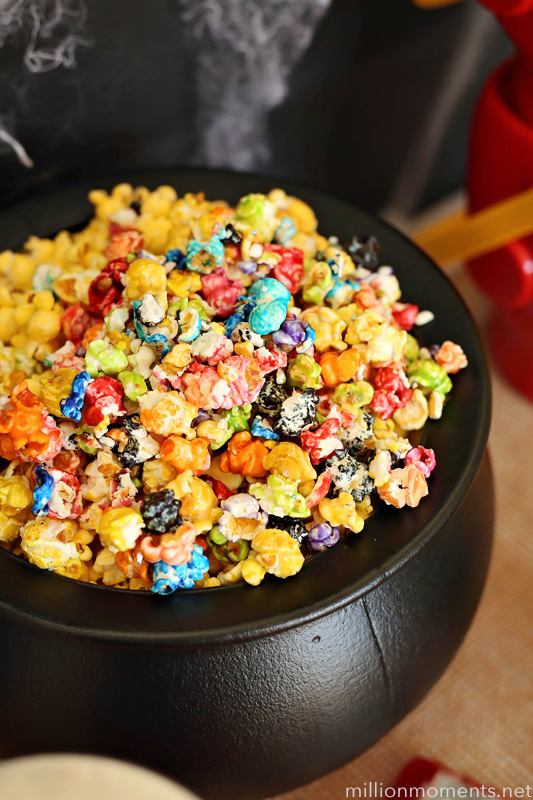 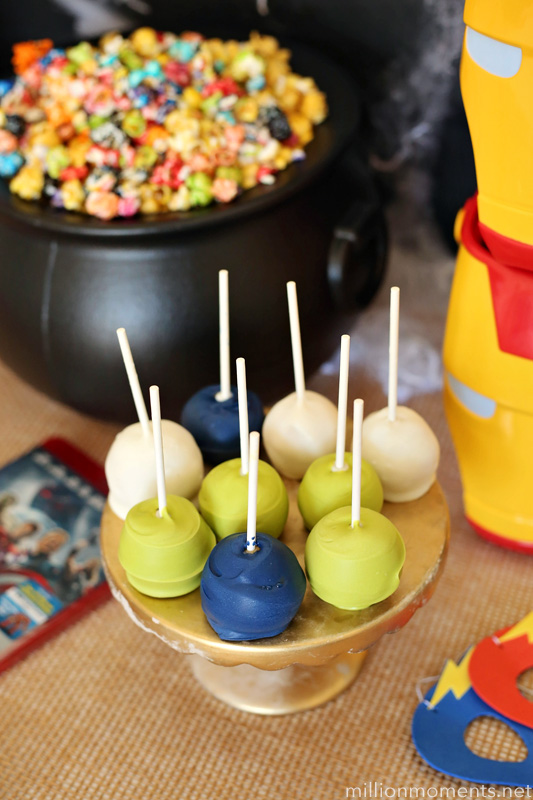 For drinks I made a fizzy red punch using club soda and fruit juice. I love fizzy drinks for parties – I think they just have that extra “oomph” when it comes to festivities! 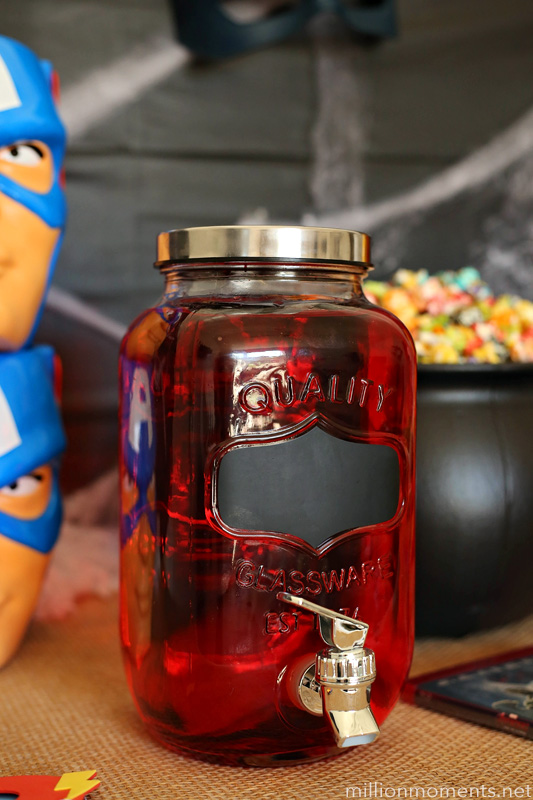 No Halloween themed party would be complete without costumes, so I bought us all a costume from the MARVEL/Spider-Man universe to go along with the party theme and they are adorable! I was super impressed with the quality Walmart had to offer, and at less than $20 per costume it was an amazing deal. Judah picked out The Hulk and it was perfect for him! 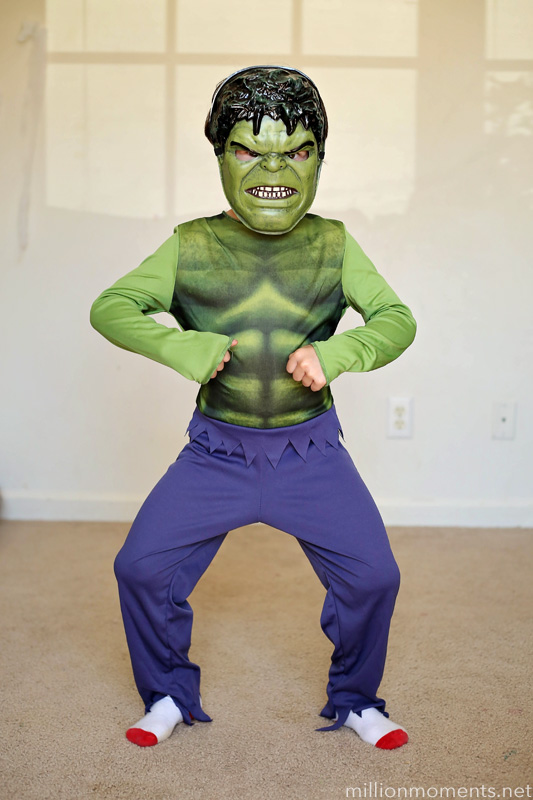 For Kaia I tried to find the Black Widow, but they didn’t have it anywhere (sad face) so she decided on the most adorable Spider-Man tutu dress. As soon as she put it on my heart melted. Seriously?! 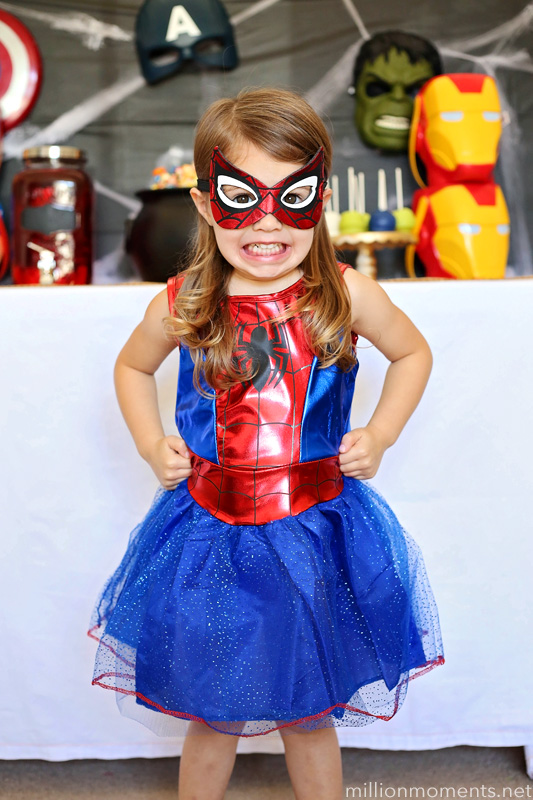 And just because it’s the cutest thing ever, look at this face! 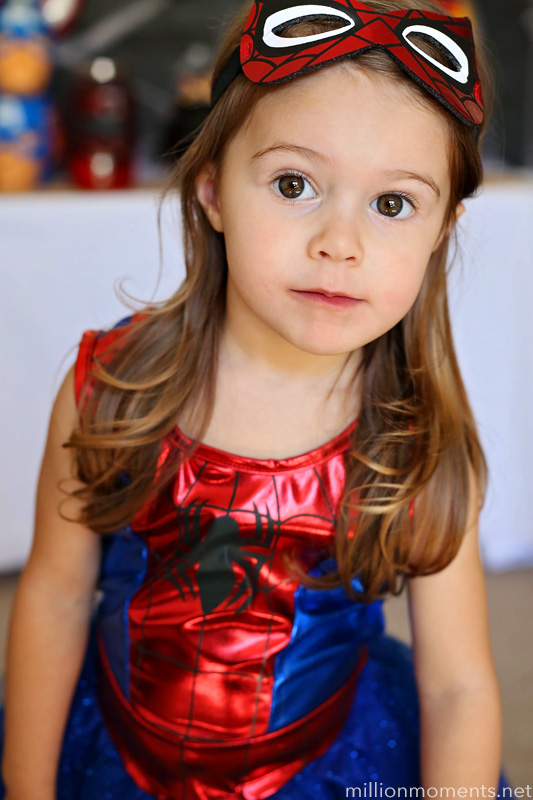 I am super happy with how this pop-up party turned out, and it was great to be festive and have a movie night with great snacks and drinks! You can find these costumes and party favors in the costume section at your local Walmart. 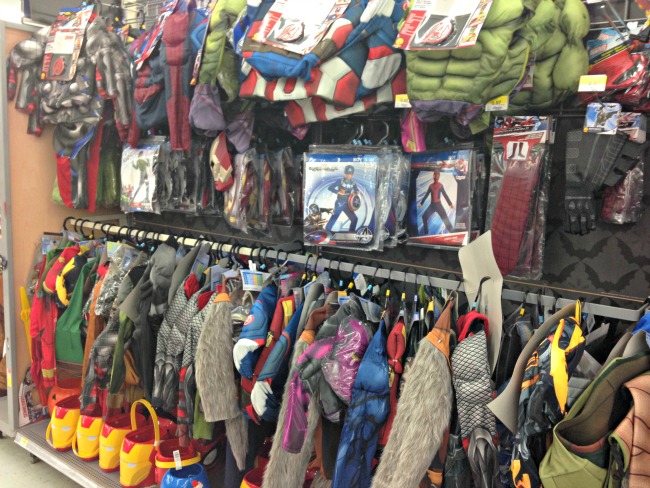