This shop has been compensated by Collective Bias, Inc. and its advertiser. All opinions are mine alone. #BrightMind #CollectiveBias

My husband and I are dog people through and through. We love them so much that one of the first things we did after moving in together was to get a new puppy. Over the years one turned into three, and even before we had kids of our own they were our first family. Judah immediately fell in love with them as soon as he could walk, playing on the floor like he was one of them. See this? He wasn’t even two years old, but he loved his furry siblings just like he was one of them. 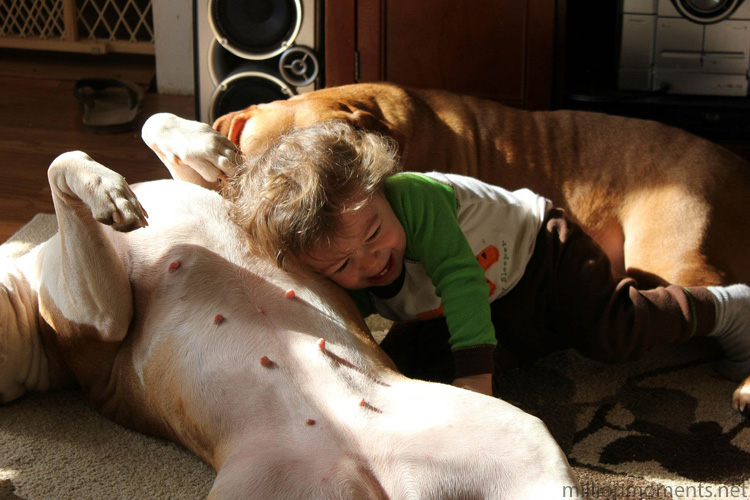 Now at 5, he’s much bigger and over the years they have grown to be best friends! They greet him when he comes home from school, they cuddle with him in the living room, and Izzy even sleeps with him at night. Kaia loves them too, but I think since Judah grew up with them they were able to form a much closer bond and I love seeing them together. 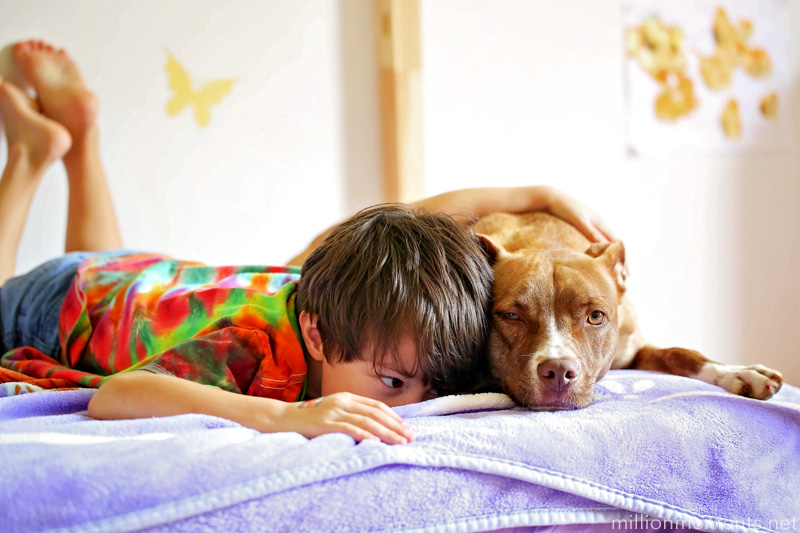 Our oldest girl is well into adulthood at 7 years old, and even though she is in great shape, I think it’s about time to start switching her to a food suited for just her needs. She loves going places with us, so the other day we headed out to PetSmart to pick up some Purina ProPlan Bright Mind dog food to try out. It is specially formulated for adult dogs ages 7 and older to help increase cognitive awareness, which is important as they age. Did you know that around 87 million dogs in the U.S., and that around 44 percent of them are 7 or older? It’s true! 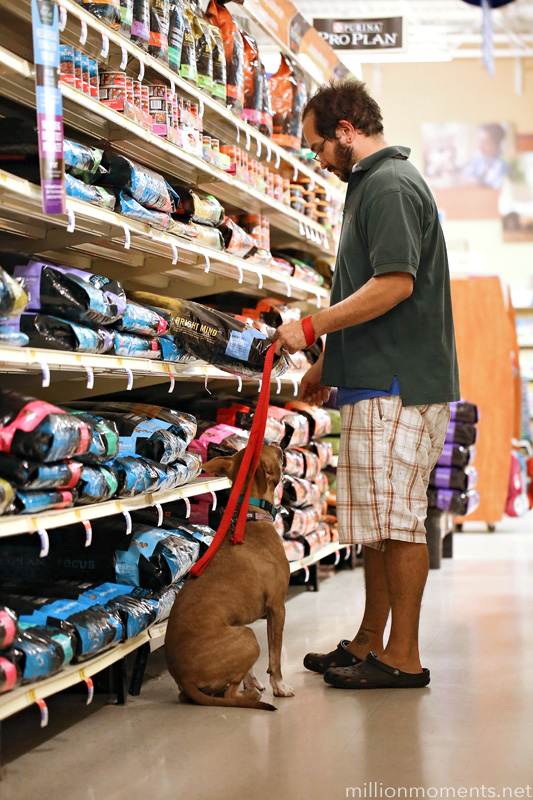 According to the experts at Purina, age 7 is when metabolisms in dogs brains begin to change, affecting memory, learning, awareness or decision making. Luckily Purina’s ProPlan Bright Mind has enhanced botanical oils that are shown to promote alertness and mental sharpness in dogs ages 7+ that can be seen after 30 days, so I am going to put it to the test by gradually switching out her food with it and see what happens. It is also supposed to promote memory, attention and trainability when added to a daily diet. 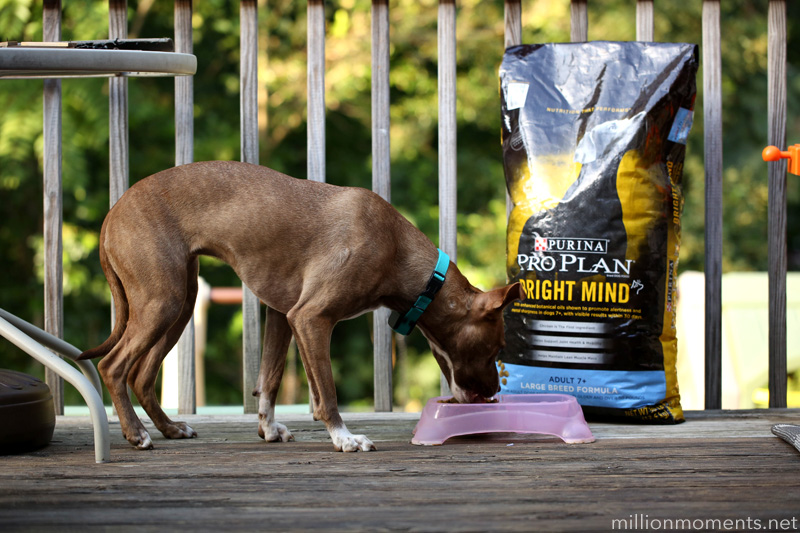 She adores playing with Judah, so we shot a little video with our awesome new GoPro camera of them together – check it out here. Want to see our progress? Come back in a few weeks for the results of the big switch, and watch life from a dog’s point of view!