With school in session we have a lot of cereal in the house. Now, I know there are a lot of crazy kinds out there filled with all kinds of yucky stuff, but in our family we like to keep it nutritious. Naturally Cheerios are our default choice because not only do they have the ingredients we look for, but they also have a huge variety of flavors to fit pretty much anyone’s taste. I will admit that I don’t normally veer far from the traditional honey nut, but the other day I decided to try a few new flavors so I took advantage of a BOGO coupon and picked up a box of Apple Cinnamon and a Banana Nut Cheerios from Publix. Since I love creating new recipes, I thought I would make something delicious with the Apple Cinnamon so I came up with these fabulous NO BAKE Caramel Apple Treat Bars! 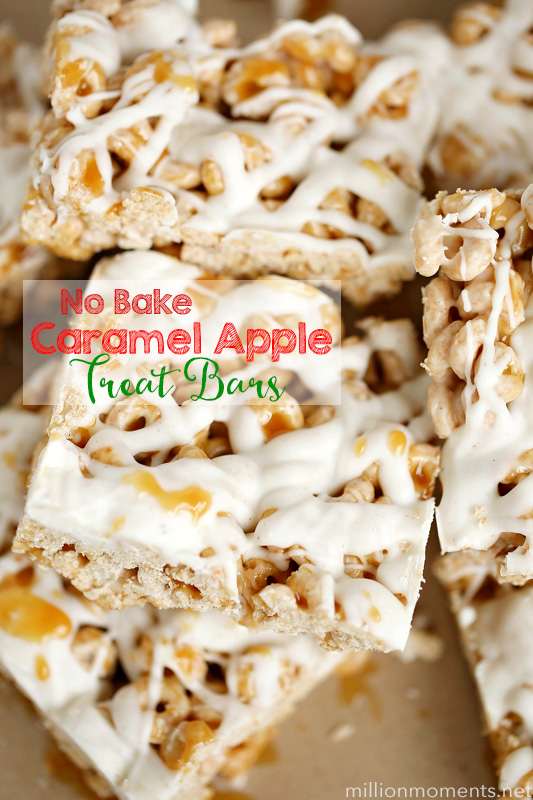 This is one of the easiest bar recipes I’ve made, and not only is it no-bake, but it only takes a few minutes to prepare. Here is what you need:

The first thing you want to do is divide your white chocolate in half and then melt the first half in the microwave. After that, pour it into a large bowl filled with Apple Cinnamon Cheerios and mix thoroughly. 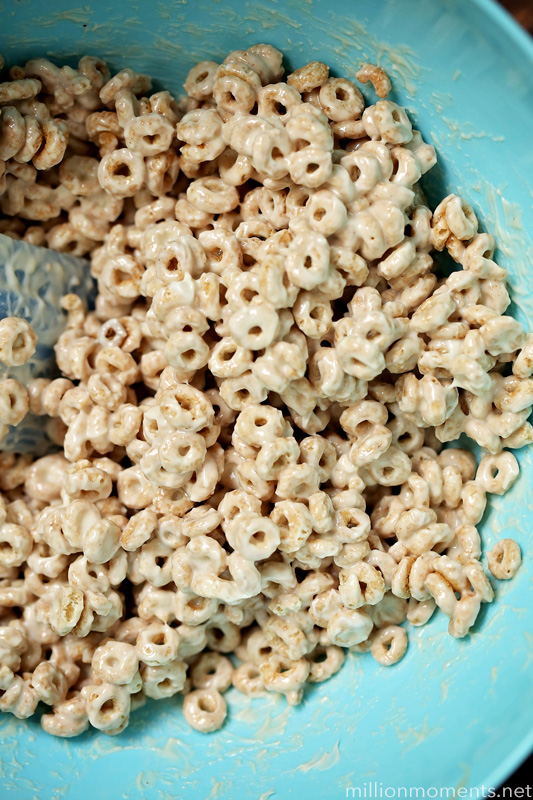 Once mixed, spread it out evenly in your pan lined with freezer paper (shiny side up) making sure you have a flat surface. 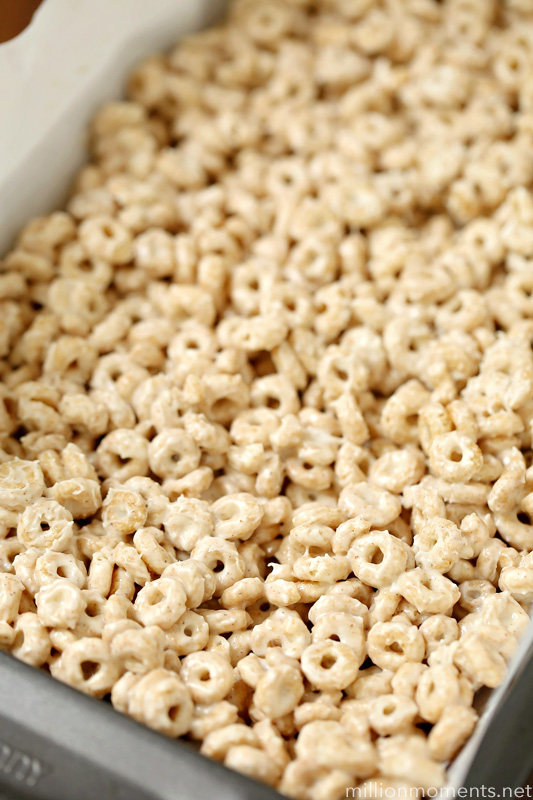 Now let that set for a few minutes, melt your caramels, and then pour them evenly over your Cheerios. 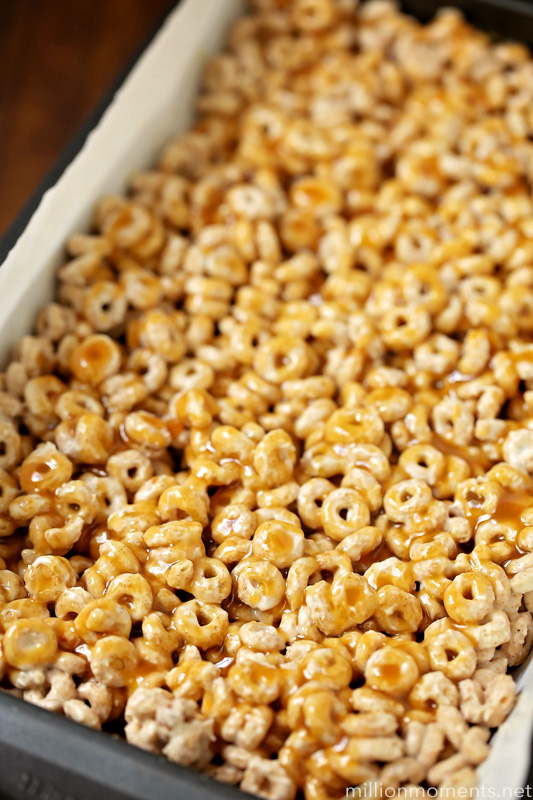 Your final step is going to be to melt the second portion of your white chocolate, mix it with some cinnamon, and then pour over your Cheerios. 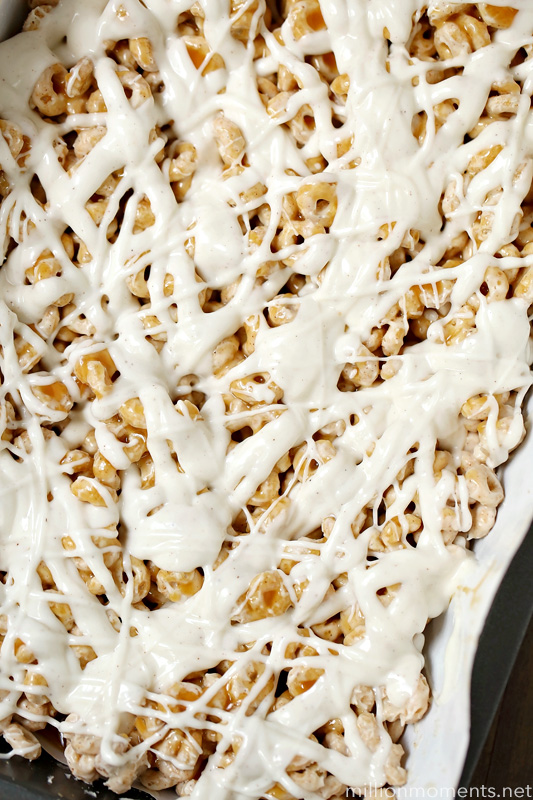 Let that sit for around 20 minutes, cut it into squares and then you are ready to serve! 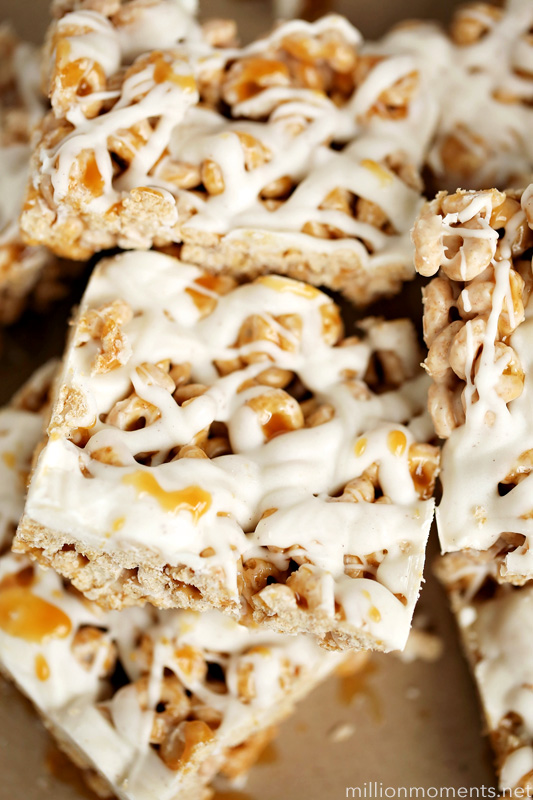 These are perfect as after school treats, for parties, or even as edible gifts! 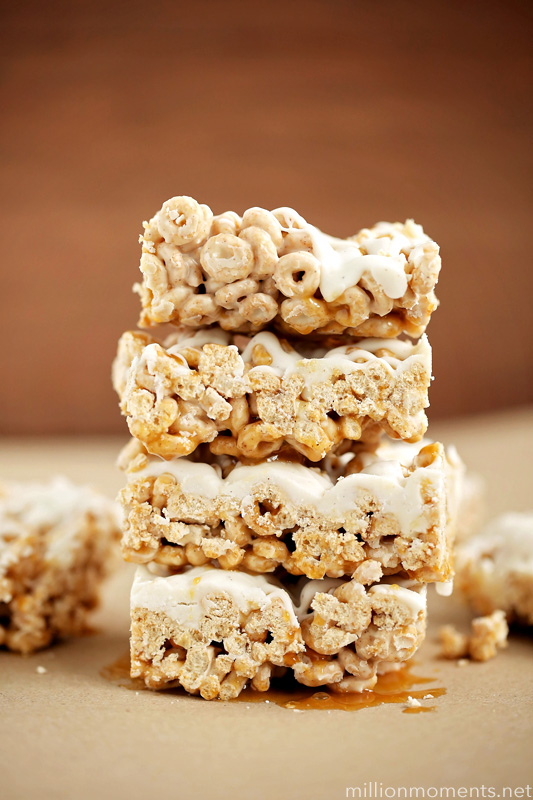 « Birthday on a Budget: Marvel Madness Hero Party
Managing Toddler Messes, One Tangle At A Time »