This might come as a surprise to you, but I have never in my life used a slow cooker until this month.  I know, how the heck did I get by?  I mean, all that easy cooking, setting and forgetting, non time consuming cooking and I just went without? To be fair, I really didn’t know what all the fuss was about.  My mom had one when I was growing up but the only thing she ever made in it was beef stew, so I never fully learned just how awesome this kitchen gadget really was.  Well guess what?  A few months ago I finally got one and it has been quite the obsession around here ever since!  I am still learning the ropes, so I don’t have a lot of recipes with it under my belt, but one of my absolute favorite ones is my own version of sweet potato chili that I’ve been making on the stove top for years.  I used to spend about an hour preparing, simmering, adding, mixing, etc. until I finally it was ready.  Then we would all scarf it down and leave none for later.  Doesn’t that sound like an awful lot of time to spend on just one meal?  With no leftovers?  Because to me it totally does.  So now that I have this awesome new slow cooker I can make my chili, read a book (or get in some quick blog work!) and have a large enough batch for freezing. 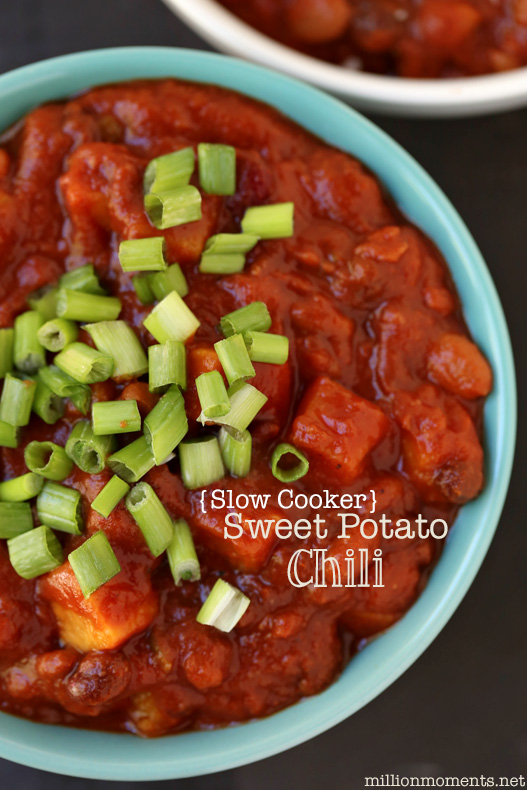 If you are a regular around here you know the 12th of each month is when 12 fabulous foodie bloggers get together and share recipes around a central theme, all with 12 ingredients or less.  Last year was a HUGE success, so we are kicking it off again with twelve amazing slow cooker recipes to warm away your Winter blues, so be sure to read all the way to the bottom to find out what everyone else has to offer.  Until then, let’s get cooking!

Here is what you need:

First cut your sweet potatoes into 1/2 inch cubes and put them in your slow cooker along with everything except your corn and beans.  Set it to low and cook for three hours.  Now add in your beans and cook another two hours or until sauce has thickened.  Serve with green onions, cheese, or however you like to top your chili.  I personally like it plain because it’s just that good!  Now wasn’t that simple? 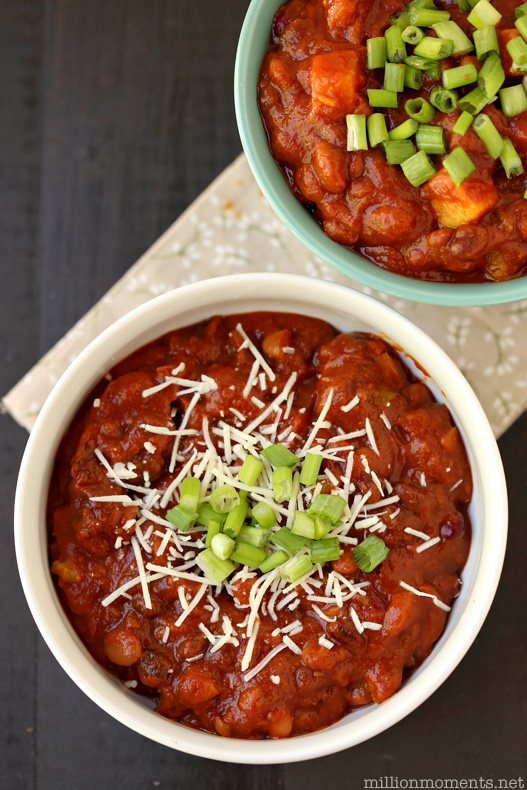 I don’t know about you,but I love the rich color, the hearty earthy taste and of course that there is enough left to freeze for later! 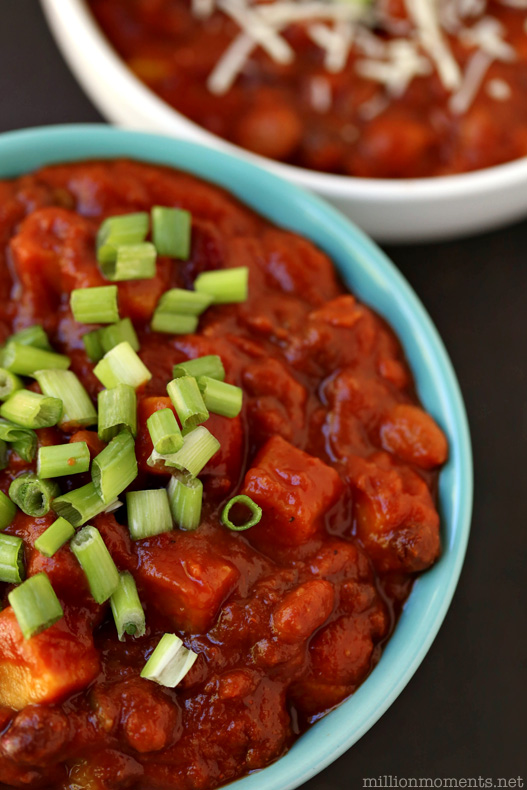 And now that you’re drooling, let’s see what my fellow 12 Bloggers have for you this month! 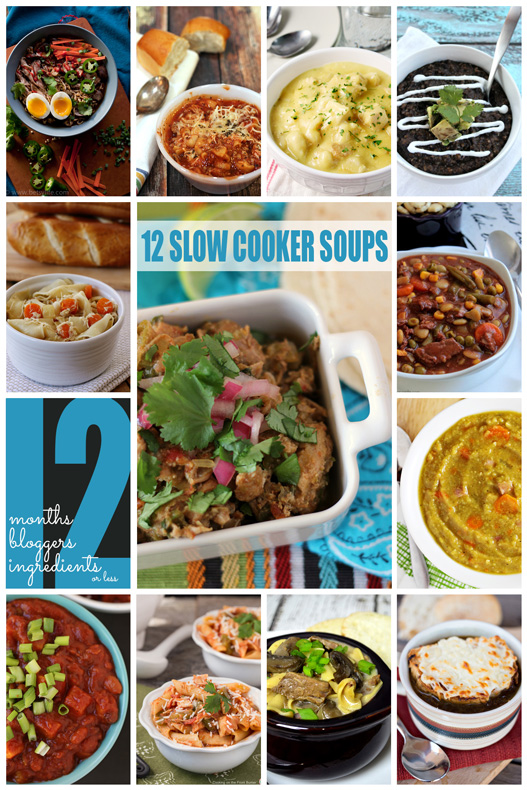