This shop has been compensated by Collective Bias, Inc. and its advertiser.  All opinions are mine alone.

Do you celebrate Christmas in July?  I never used to, but when the heat tops 100 degrees I love having a fun reminder of the cooler and more festive days ahead.  I start getting excited for the all fabulous food and excitement of the holiday season and daydream of the decadent recipes and fun crafts I have pinned to all my holiday Pinterest boards.  I consider Christmas in July a guilt free pass to eat whatever I want (Hey, it’s Christmas!)  so I go all out and whip up some of my favorite holiday eats like fresh, warm Pillsbury Grands! cinnamon rolls.  You know how much I love coming up with new ways to serve old favorites, so in preparation for this year’s holiday I decided to take them to the next level by creating these decadent Hazelnutty Cinnamon Roll Waffles.  These feature a rich hazelnut spread in between two warm and flaky cinnamon rolls topped with cream cheese icing.  Are you drooling yet?  Find out how to whip up this 5 minute dessert below! 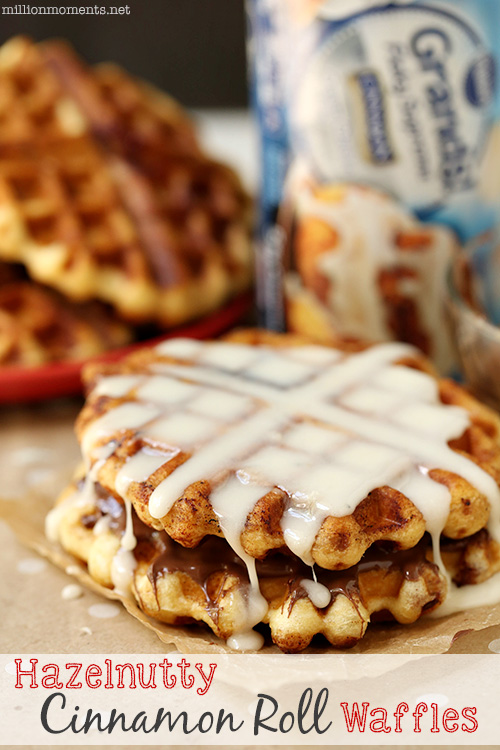 These are really amazing and SO super easy to make!  You can easily customize them for your tastes by adding different flavors, fruits or toppings and they are perfect for sharing!  This recipe will make 5 individual waffles and 2 full waffle sandwiches.  All you need is a can of Pillsbury Grands! cinnamon rolls, some nonstick cooking spray, hazelnut spread and a waffle iron.  To make these amazing treats just turn on your waffle iron to a medium setting, spray it with a little nonstick cooking spray, drop one of the rolls in and cook for a few minutes. 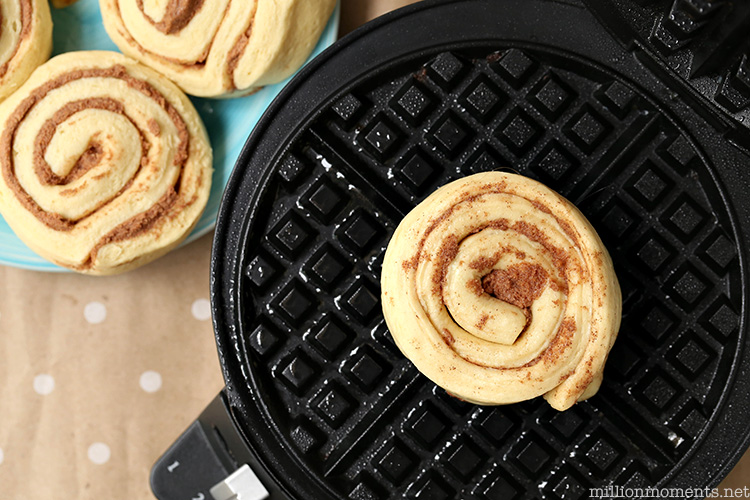 You want to make sure they don’t burn so keep an eye out for color.  When they’re ready they will be a nice golden brown.  Cinnamon rolls are best served fresh out of the oven, so don’t let them cool down too much before serving.  If you are making a large batch you could even pop them in a barely warmed oven to wait until the rest are cooked. 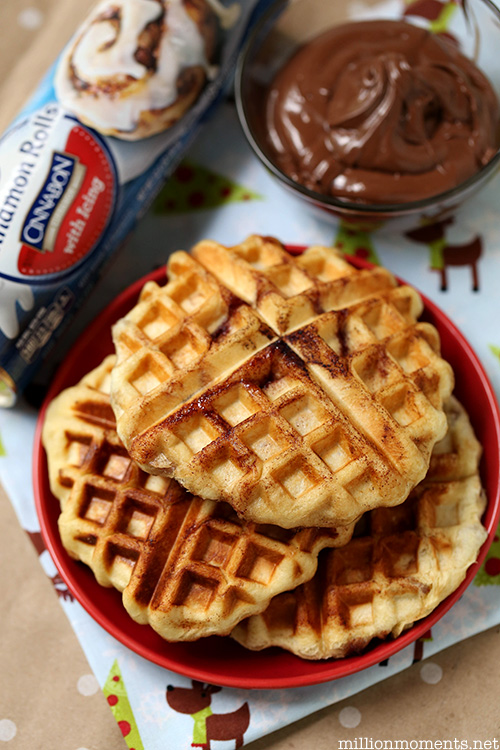 Check out that great color and those swirls of baked in cinnamon!  If you’re drooling over these already you can totally go ahead and eat the extra waffle while you’re waiting on the finished product.  Hey, we don’t want that cinnamon goodness going to waste, eh?  Now get out two plates and set one waffle on each.  Generously smother on your favorite hazelnut or chocolate spread.  If that isn’t your style you can swap in fresh cut strawberries, whipped cream, vanilla pudding, or anything else you can think of! 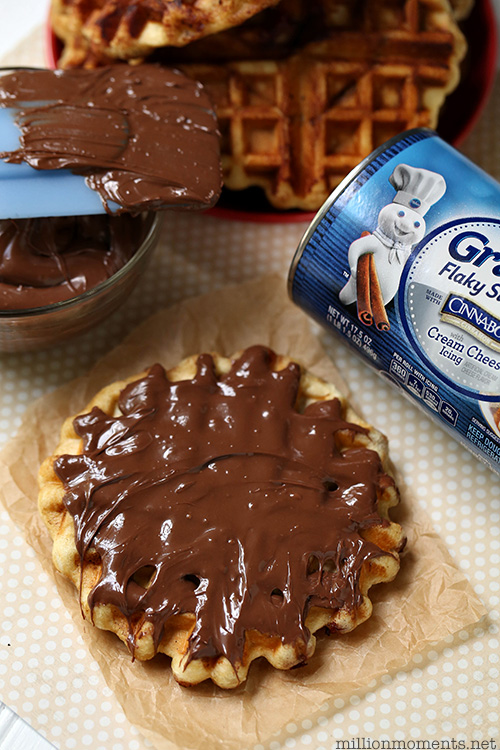 Now add a second waffle on top, drizzle with the included icing and serve. 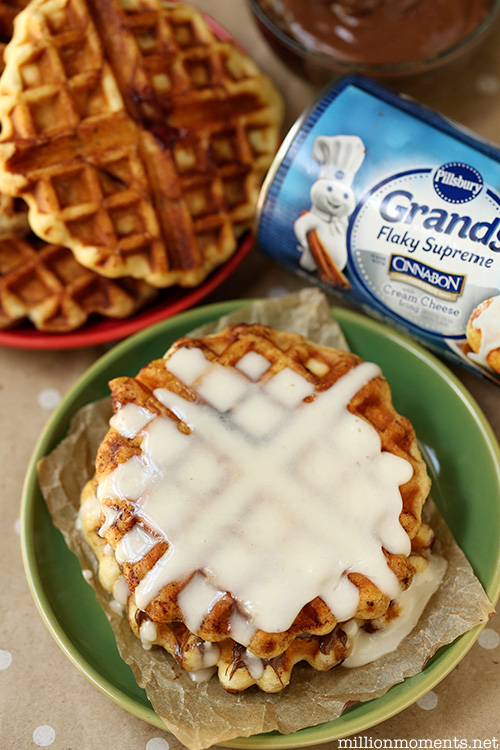 Doesn’t that just look amazing?  You are definitely going to want to eat these with a fork and a great big glass of milk! Don’t forget to share, these are just too good not to! 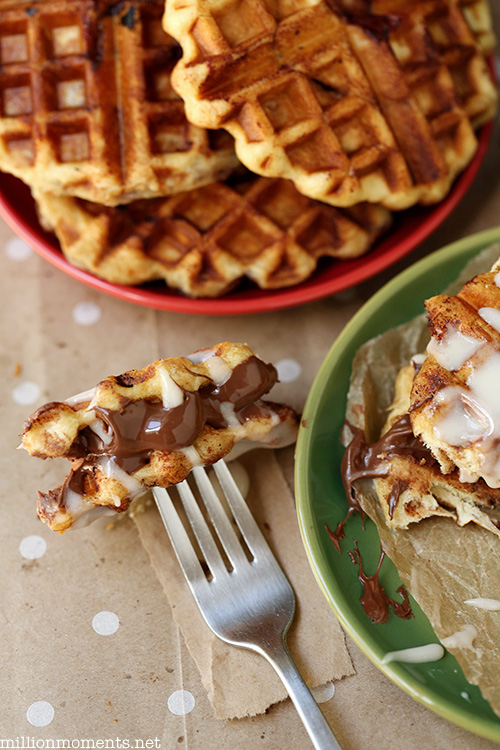 This creation was inspired by Pillsbury’s Cinnamon Roll Waffles recipe.  You can find Pillsbury Grands! cinnamon rolls in the refrigerated section at Walmart, and be sure to check out Walmart.com for more great holiday inspirations in the coming months! 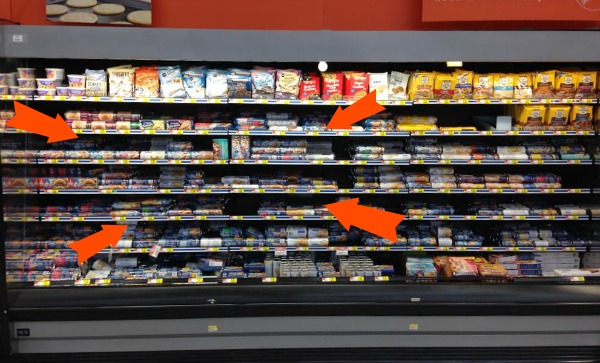 Do you have any fun Christmas in July traditions?  I would love to hear them!  #CollectiveBias

« Life These Days
No Bake Key Lime Pie In A Jar »